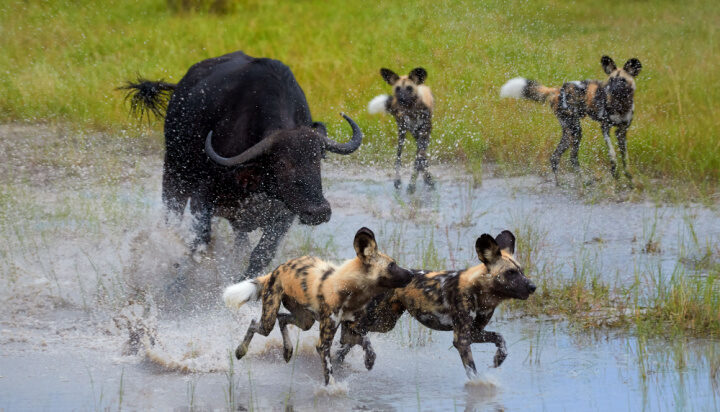 A World Heritage site in Southern Africa is under threat from an oil and gas exploration project, which local indigenous people have called a ‘sin’.

The Okavango Delta homes some of the world’s most endangered species and sits at the border point between Angola, Botswana and Namibia.

Reconnaissance Energy Africa – a Canadian business – is looking to make use of what it believes to be a wealth of oil and gas near the Okavango River.

The company has already been given exploration licenses for more than 34,000 square kilometres of land between Botswana and Namibia – with three testing wells already having been drilled in the latter.

Former Namibian Bishop Luke Pato told the BBC: “Jesus said, I have come so that they may have life and have it abundantly.

“He would never be on the side of anything that has the potential to destroy life, to destroy the environment in which people live.

“I have no doubt that Jesus would find a way of pulling the carpet under the feet of those who are still wanting to engage in the exploration of fossil fuels. I would like drilling to stop, this company to pick up its machines and go.”

Local people have fears that the drilling could impact the flow of the river into the delta and pollute water, however Reconnaissance Energy Africa has affirmed its exploration poses no risk of pollution.

Pato goes on to say that the exploration of an African World Heritage site by a Canadian business is a “new wave of colonialism.”

Mwanyengwa Shapwanale, commenting on behalf of Reconnaissance Energy Africa, said it is making sure: “That not only are we in line with what is expected from us to protect the environment, especially the water but also to make sure that we go the extra mile.”

The question posed by Pato is “when there are potential cleaner sources of energy, why take a step back to fossil fuels?”

The Namibian government responded by stating it must develop the country’s natural resources and Africa as a whole only contributes to 4% of the world’s emissions.

Diphetogo Anita Lekgowa is at COP27 campaigning for indigenous rights. She is part of the San people who consider the Okavango Delta and river sacred and a blessing from God.

She said: “We are concerned for the environment and the protection of our natural resources, because once [the project begins] there will be a whole load of change. The animals will migrate and we fear losing our indigenous plants.”

“If the Namibian and the Botswana governments invite us, I think it’s only fair that these two nations should also be allowed to explore the natural resources for the benefit of the people, including the San community.”