The funding will be provided to the African Development Bank’s Climate Action Window, which is a new mechanism set up to help vulnerable countries with climate adaptation 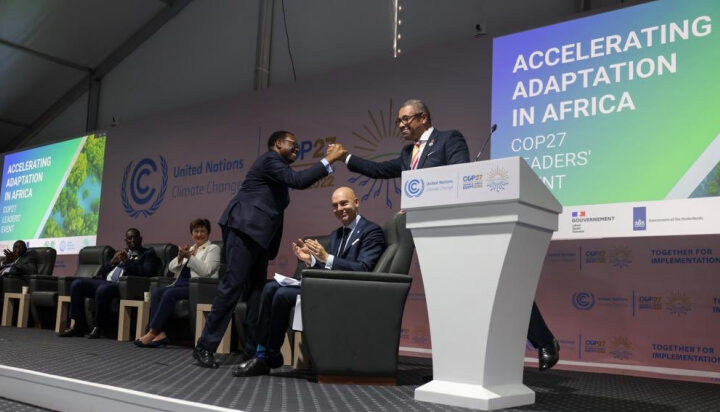 The UK Government is providing financing worth £200 million to support African countries to adapt to the impacts of climate change.

Foreign Secretary James Cleverly made the announcement at an event at the COP27 climate summit taking place in Egypt this week.

The funding will be provided to the African Development Bank’s (AfDB) Climate Action Window (CAW), which is a new mechanism set up to help vulnerable countries with climate adaptation.

It forms part of the government’s commitment to surpass and triple the Glasgow Climate Pact adaptation funding targets from £500 million in 2019 to £1.5 billion in 2025.

Mr Cleverly said: “Climate change is having a devastating impact on countries in Sub-Saharan Africa facing drought and extreme weather patterns, which have historically received a tiny proportion of climate finance.

“This new mechanism from the African Development Bank will see vital funds delivered to those most affected by the impacts of climate change, much more quickly.

“Lack of access to climate finance for the world’s poorest countries was a central focus at COP26 in Glasgow. This £200 million of UK funding is helping us to make tangible progress to address this issue.”

The Netherlands is also contributing to the CAW alongside the UK funding and the foreign secretary has called on other countries to follow suit over the coming months.

In addition, Mr Cleverly announced investments worth more than £100 million to support developing economies respond to climate-related disasters at the summit.