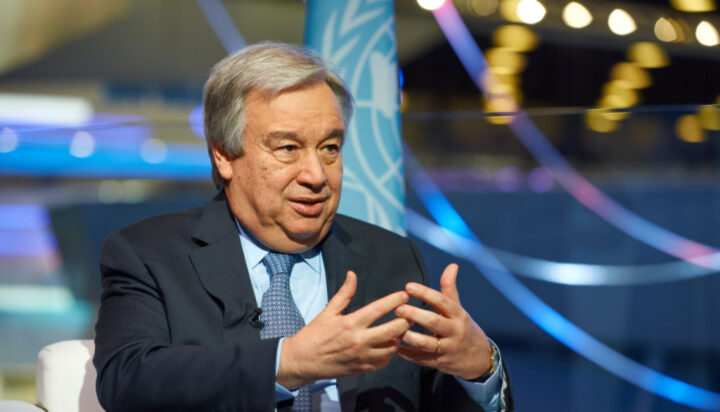 The chief of the United Nations has decried greenwashing practices of companies and other entities and urged them not to let net zero pledges become a “toxic cover-up”.

At the launch of a UN expert group’s report at COP27 in Sharm el-Sheikh, Egypt, António Guterres, the UN Secretary-General, said: “We must have zero tolerance for net zero greenwashing.

“The message is clear to all those managing existing voluntary initiatives – as well as CEOs, Mayors and governors committing to net zero: Abide by this standard and update your guidelines right away – and certainly no later than COP28.”

The UN chief has also criticised fossil fuel companies and their “financial enablers” that have pledges that exclude core products and activities poisoning the planet.

Mr Guterres urged businesses to review their promises and align them with the report’s guidance.

“Using bogus ‘net zero’ pledges to cover up massive fossil fuel expansion is reprehensible. It is rank deception. This toxic cover-up could push our world over the climate cliff. The sham must end.”