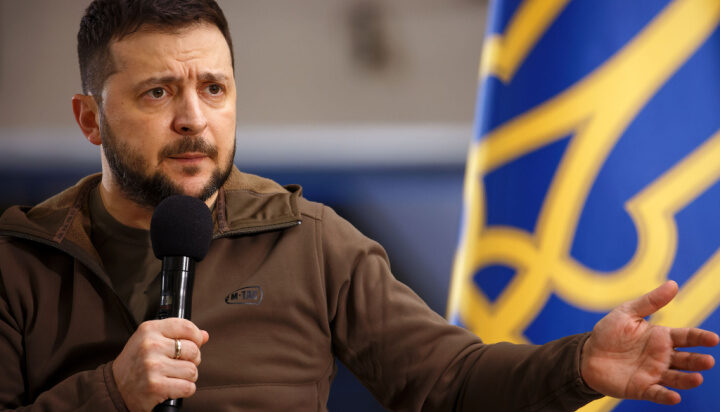 In a video message addressing delegates at the COP27, Mr Zelensky said: “There are still many for whom climate change is just rhetoric or marketing or political ritual but not real action. They are the ones who hamper the implementation of climate goals.

“They are the ones who start wars of aggression when the planet cannot afford a single gunshot. This Russian war has brought about an energy crisis that has forced dozens of countries to resume qualified power generation in order to lower energy prices for their people.”

Volodymyr Zelensky added that Russia’s war in Ukraine had worsened the climate crisis, as nearly five million acres of forests have been destroyed in less than six months.

He said: “There can be no effective climate policy without the peace on Earth. Russia needs to shut the guns and hide its missiles.”