The city’s economy took a hit, as temperatures peaked 40°C 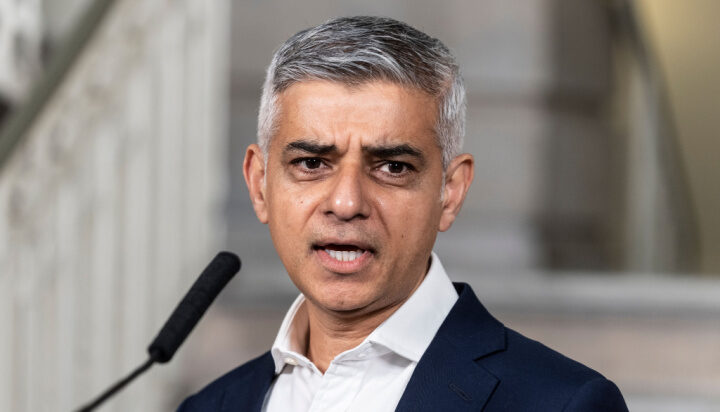 Sadiq Khan said that the drop in workers and tourists coming to London during the summer should be blamed on climate change.

The capital saw a drop in footfall of 76% in July, which hit the economy, as less people used services and transport around the city.

This was when record temperatures of more than 40°C were experienced throughout London, which the mayor has linked to the plunge in visitors.

“For the first time ever, London overheated. Vicious wildfires almost overwhelmed emergency services – the busiest day of the year for the London fire brigade since the Second World War,” he stated.

“Infrastructure was crippled by extreme heat. We also saw a dramatic drop in footfall across central London to the detriment of our businesses. When we look back at this period of history, no-one will be able to claim with any credibility that we were not given fair warning – that we could not see disaster bearing down on us.”

London has a target of net zero by 2030 – two decades ahead of the rest of the UK – which Mr Khan stated would not be possible without heavy private investment.

He implored: “To meet our 2030 net zero target, London will need to go much further, much faster.

“Our estimate puts the figure in excess of £75 billion worth of investment. We simply can’t deliver that without the private sector, without you.

“Of course, I know you’re all dealing with inflationary pressures right now but there are huge opportunities and rewards to be seized by accelerating our efforts to achieve net zero by 2030.”