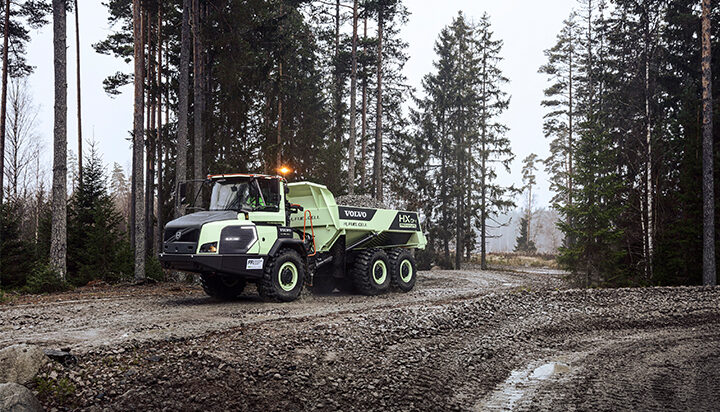 Volvo Construction Equipment has started testing what it claims is the world’s first hydrogen-powered hauler.

It has built a prototype, the Volvo HX04, which uses hydrogen fuel cell technology to cut out all carbon emissions from use.

Funded by various Swedish research bodies, the company is hopeful the design will contribute towards its pledge to reach net zero emissions by 2040.

It can be fully charged with 12kg of hydrogen in 7.5 minutes – which keeps it going for four hours.

Volvo has stated that the main stumbling block to taking the six-wheeled hauler to market is the lack of current infrastructure in place to refuel hydrogen vehicles.

Where the tests are taking place in Braås, Shell have installed a hydrogen refuelling station – however, until these are commonplace, the manufacturer stresses it will be difficult to commercialise zero-emission construction vehicles.