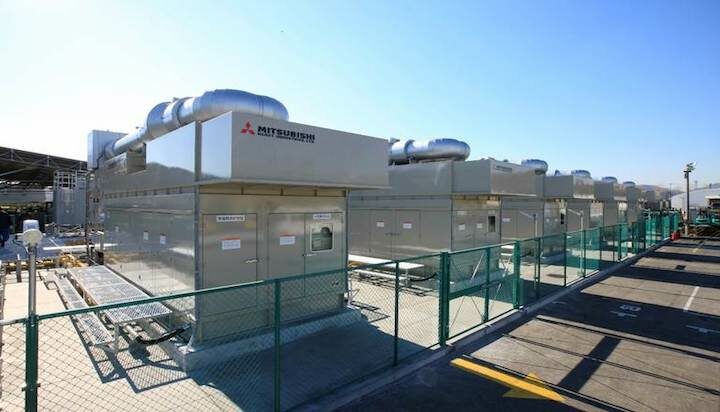 It will be carried out using a compact carbon capture system manufactured by MHIENG and installed in gas engine generator sets forming a part of an in-house power station at MHIET’s Sagamihara Plant in Japan.

The 10-month demonstration, starting in July 2022, will be applied to study the impact of gas engine flue gas properties on capture performance and to evaluate the component makeup of the captured carbon.

MHI Group said: “MHI Group is currently strengthening its position in the energy transition and the development of a CO2 solutions ecosystem is a core component of that initiative. Carbon dioxide capture, utilisation and storage (CCUS) is garnering attention as an effective means for realising a carbon-neutral society.

“Supporting the group’s strategy on the Energy Transition, MHIENG, as a leading company in the decarbonisation area, will continue to help achieve wide-scale greenhouse gas emission reduction by introducing its high-performance CO2 capture technology globally. It will also press ahead in developing new proprietary technologies to contribute to global environment protection. MHIET, as a manufacturer of gas engine generator sets, which today are attracting strong expectations of contributing to achieving low and zero carbon society, will seek to offer environmentally friendly gas engines with CCUS to various customers as a choice toward carbon-free society.”