These airborne fragments are thought to have travelled up to 3,700 miles to reach the Antarctic 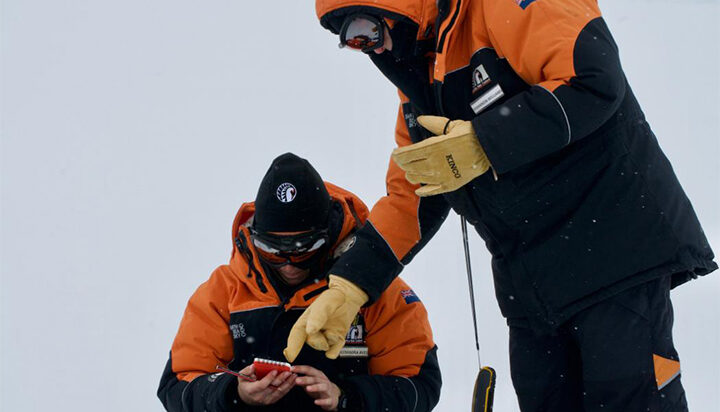 Freshly fallen snow in the Antarctic has been found to have microplastics in it for the first time.

That’s according to scientists from the University of Canterbury, New Zealand, revealing that all samples they collected from 19 different sites in the region contained tiny pieces of plastic.

The most common plastic they found was polyethylene terephthalate (PET), which is a key component of plastic bottles. Almost 80% of the samples collected contained this plastic.

According to the researchers, “the most likely source of these airborne microplastics is local scientific research stations” – although they haven’t ruled out the possibility that some could have originated close to 3,700 miles away.

Most of these tiny fragments are invisible to the human eye – but the scientists found an average of 29 particles per litre of melted snow.

Although microplastics have been found before in Antarctic surface water, this is the first time they have been discovered in fresh snow.

One of the professors involved in the research, Laura Revell, said: “Microplastics can have harmful substances stuck on to their surfaces such as heavy metals, algae. So they can provide a way in which harmful species can make it into some remote and sensitive areas, that otherwise wouldn’t get there.”

Microplastics are also thought to be facilitating the melting of ice in this region, as they absorb sunlight and warm the snow.