Using straw instead of wood-based virgin or recovered fibres as raw material, the process requires less water and energy 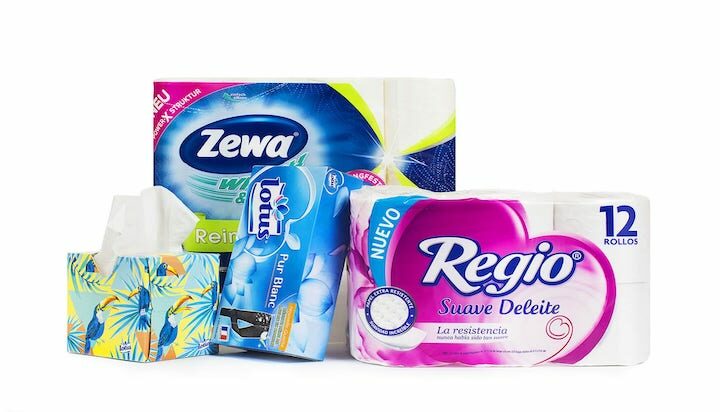 Essity, the owner of brands such as Cushelle, Lotus and Plenty, has unveiled what it claims is a breakthrough in sustainable tissue paper production.

The hygiene and health company said it is starting tissue production based on pulp from wheat straw at its plant in Mannheim, Germany, the first of its kind in Europe, with an annual production capacity of 283,000 tonnes.

It is using the agricultural leftovers at industrial scale for the new type of tissue, which is said to be “as soft, bright and strong” as traditional tissue paper.

Using straw instead of wood-based virgin or recovered fibres as raw material, the process requires less water and energy.

The straw pulp will initially be used in tissue products for the German consumer retail market under Essity’s brand for household towels and toilet paper, Zewa, with the products containing around 30% straw-based pulp.

The company will regionally source 70,000 tonnes of straw annually that will become around 35,000 tons of pulp.

The initiative is part of Essity’s efforts to increase circularity and achieve net zero emissions by 2050.

Magnus Groth, President and CEO of Essity said: “This type of innovation is the way forward to increase circularity and reduce our climate footprint. Using straw as a new raw material in pulp makes us less dependent on wood fibre and recycling fibre and is more resource and cost efficient, while our consumers can make more environmentally friendly choices.”