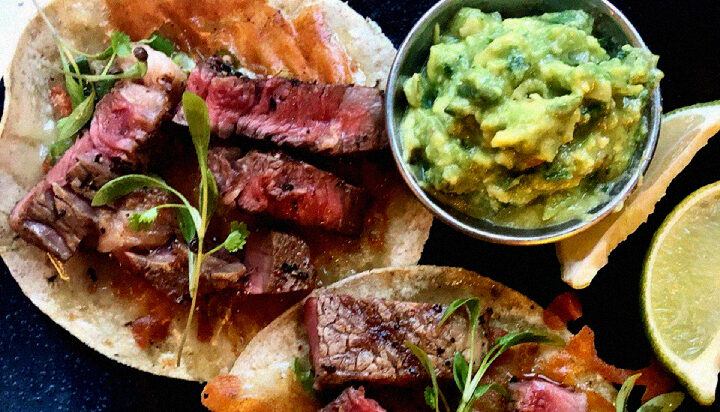 It was made law earlier this year for places to eat with more than 250 staff to legally show the calorie count of meals on menus – but one restaurant has gone a step further.

Mexican chain Wahaca has decided to not only display a meal’s calorific count but also its carbon footprint.

Thomasina Miers, the chain’s Co-Founder, said: “When the government started telling us that we had to put calories on our menus, we thought it was a nice opportunity to start talking about carbon.”

She explained the decision was made to show customers the steps they can take in their own lives to mitigate climate change – and to stop the environmental issue being so overwhelming.

“Calories are not a brilliant way to determine how healthy food is and they’re definitely not a good way to determine whether it’s good for the planet. [Carbon labels] help them realise that they do actually have quite a lot of power at their fingertips.

“Food choices are political. If we begin to realise this and start voting with our mouths, then we have a lot of power as a consumer.”

What we eat has a huge impact on climate, with the Climate Change Committee (CCC) stating that a 20% reduction in meat and dairy consumption by 2030 will be needed to keep climate aims alive.

Research by the US Department of Energy backs this up, adding that 35% of human-induced greenhouse gas emissions globally derive from food and its production.

Miers said that Wahaca’s carbon labels “really highlight that if you are eating more vegetables and pulses, then it’s better for the planet and generally speaking better for you as well.”

It has partnered with start-up Klimato from Sweden to quantify each dish’s carbon footprint.

Certain meals such as the ‘Sweet Potato Burrito’ are considered ‘low carbon,’ while the ‘Chargrilled Steak Burrito’ is ‘high carbon.’

Researchers in the food space are hopeful other restaurants will be influenced to take similar action to give the public a chance to understand how their diet impacts not only their own health but the health of the planet.