“This conference must be about concrete action,” he said on COP27 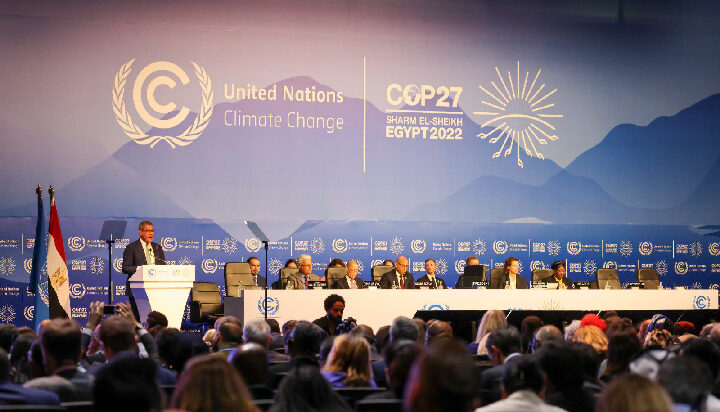 Despite setbacks throughout the last year on climate goals, COP26 President Alok Sharma has said that the COP “system is delivering.”

This was during his opening speech at the COP27 climate summit in Sharm El-Sheikh, as he prepared to hand over presidency from the UK to Egypt.

He began by highlighting the positives from the last year: “Every party agreed to revisit and strengthen their 2030 emission reduction targets, to align with Paris. I want to thank the 29 countries, which have already updated their NDCs since Glasgow. From Australia to Micronesia, India to Vanuatu, Norway to Gabon.”

Sharma went on to say that COP26 helped contribute to keeping “1.5°C alive,” although did concede that there hadn’t been as much progress as the world had hoped.

“Over 90% of the global economy is now covered by net zero targets, up from less than 30% when the UK took on the COP26 role,” he said.

“Countries and companies are making tangible sectoral progress from zero-emission vehicles – and are accelerating the rollout of renewable energy across the world. Our shared long-term futures do not lie in fossil fuels.”

“Emissions in 2030 are expected to be six gigatonnes lower – the equivalent of 12% of today’s global annual emissions.”

He mentioned that if all current objectives and targets are followed by countries and businesses, the world will be heading for 1.7°C, not 1.5°C – which he said was not ideal but “still progress.”

On a key reason for a halt in progress, he added: “Putin’s brutal and illegal war in Ukraine has precipitated multiple global crises – energy and food insecurity, inflation pressures and spiralling debt. These crises have compounded existing climate vulnerabilities.”

The Ukraine War has been used by many as an excuse for increasing fossil fuel use or falling short of climate targets – but the former COP President said the world “must find the ability to focus on more than one thing at once.”

This year was key evidence in his reasons for COP being more important than ever, he explained: “A third of Pakistan underwater, the worst flooding in Nigeria in a decade, the worst drought in 500 years in Europe, in a thousand years in the US and the worst on record in China.”

“This conference must be about concrete action,” he concluded.

He called for more action to be done to increase climate finance for developing countries and asked all world leaders to outline the progress their countries have made in the last year, as well as their plans for the next.

Mr Sharma also affirmed Britain’s ongoing support to Egypt and the rest of the world in not letting climate inaction become an option.