UN: ‘Some of the world’s glaciers are beyond saving’

Africa’s last glaciers will all have melted by 2050, the research claims 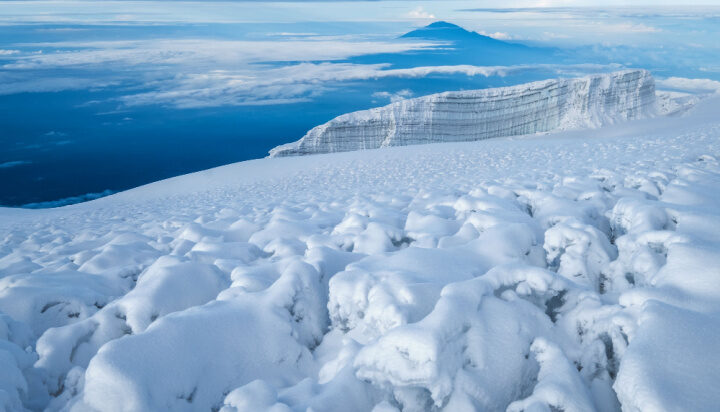 The last glaciers in Africa will disappear to climate change by 2050.

That’s according to the UN, which has published a new report outlining the fate of glaciers in Kilimanjaro and other UNESCO World Heritage sites.

Glaciers on a third of these sites will melt within three decades, the report warns – including the Alps in Europe and Yosemite in the US.

The researchers stress that even if the world changes its greenhouse gas emission rates today, it will not be enough to stop these glaciers from melting, as the damage has already been done.

Satellite images were used to understand the state of affairs in glacierised parts of the world – with the authors writing that the melting ongoing on these sites is “among the most dramatic evidence that Earth’s climate is warming.”

The remaining two thirds of glaciers on World Heritage sites can be saved, the researchers claim – but only if the Paris Agreement aim of maintaining global warming to 1.5°C is achieved.

UNESCO Project Officer and contributor to the report, Tales Carvalho Resende, said: “We hope we might be wrong, but this is the hard science. Glaciers are one of the valuable indicators of climate change, because they’re visible. This is something we can really see happening.”

Yellowstone, Virunga, the Dolomites and Mount Kenya are some of the national parks set to lose all their glaciers.

Resende added: There’s a message of hope here. If we can manage to drastically cut emissions, we will be able to save most of these glaciers.

“This is really a call to take action at every level – not only at the political level but at our level as human beings.”