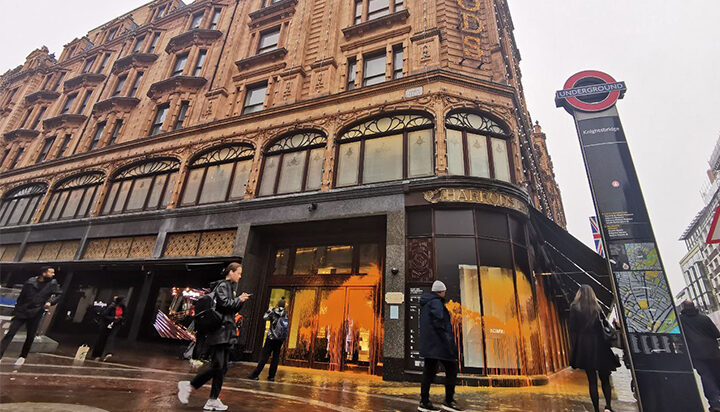 As their latest stunt to raise the importance of the climate crisis, Just Stop Oil have drenched Harrods in orange paint.

The group has now caused disruption throughout London for 20 days, with two protestors filmed spray painting the store before being taken away.

In addition to this, more campaigners looked to stop traffic moving, gluing themselves to nearby Brompton Road.

A statement by the Metropolitan Police confirmed that two people had been arrested on suspicion of criminal damage, with a further 18 being arrested for obstructing the road.

Just Stop Oil claimed its stunt was made to raise the point that the “government refuses to tax the rich.”

🎨 At 9am today, 20 Just Stop Oil supporters stopped traffic on Knightsbridge in central London, demanding an end to new oil and gas. Two have also sprayed the outside of Harrods department store with orange paint. pic.twitter.com/zi0eeaoPu1