Truss is ‘rowing back on net zero’ say environmentalists 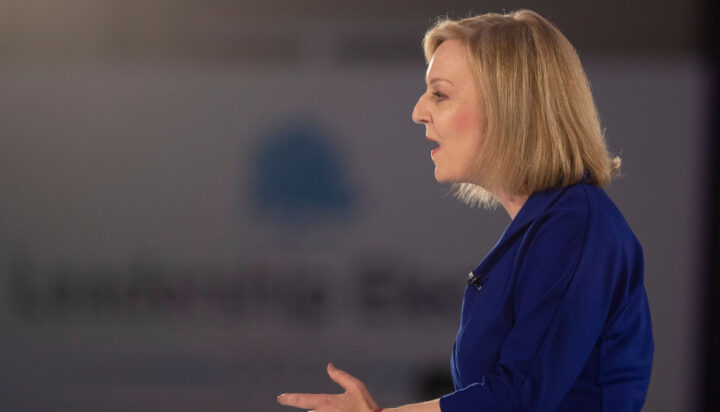 The Prime Minister’s speech at the Tory Party conference has been slammed by climate groups and campaigners for not showing enough commitment to net zero.

Greenpeace activists caused a halt to the speech in Birmingham, disgusted by the government’s decision to return to fracking, they held up a banner reading “who voted for this?” before being taken out of the building.

However, the content of the speech itself has riled many, with The Wildlife Trusts’ Joan Edwards stating: “This is a clear message that she is rowing back on net zero.”

“It’s shameful. Less than a year ago we were telling developing countries to do something about climate and yet within less than a year, we’re opening up gas fields that are full of fossil fuels that will be burned and will produce more carbon dioxide,” she added.

Explanations of why the UK would look to increase its use of fossil fuels angered environmentalists, however Liz Truss stated renewables would still be part of the mix: “We are opening more gas fields in the North Sea and delivering more renewables and nuclear energy. That is how we will protect the great British environment, deliver on our commitment to net zero and tackle climate change.”

Zack Polanski, Deputy Leader of the Green Party, said: “This government is determined to wreck the climate with a dangerous drive to growth that is based on greater investment in fossil fuels that are destroying the planet.”

Many have stated their frustration with the fact Liz Truss only began to mention the environment after the Greenpeace stunt.

With COP27 just one month away, Ms Edwards added: “It felt like last November that the world was starting to take climate change really seriously.

“Yet this government that we have at the moment doesn’t seem to recognise there is a climate issue and that we as a prosperous country have a duty to do the right thing.”

Egypt has already called out the UK, warning it not to “backtrack” on climate goals – after King Charles was reportedly asked by the PM not to attend the climate summit.

WWF’s Katie White added: “Rather than reopening the door to fracking, expanding oil and gas licensing in the North Sea and cutting back on regulation to protect nature, we need to see new impetus to move us beyond the fossil fuels of the past, by scaling up renewable generation and insulating our homes – and supercharging the shift to nature-friendly farming.”