Your home could be powered by energy 15,000km away… 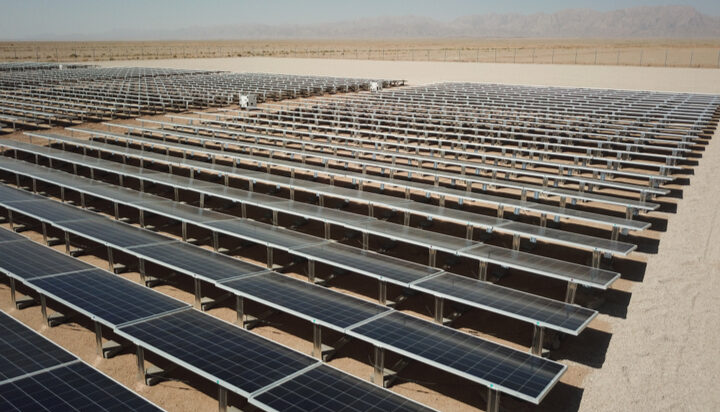 A solar and wind farm in Morocco could power your home.

That’s as the UK looks for innovative ways to fight off the energy crisis – and maintain its decision to wean off Russian gas.

Ofgem has announced that from October, the energy price cap will jump up to £3,459 – following a 266% increase in the wholesale price of gas in the last year.

Xlinks CEO Simon Morrish explains, “this only makes what we’re doing here even more important and vital to get done quickly. The economics stacked up amazingly beforehand but now they’re overwhelming.”

Morocco is looking to capitalise on European powers shopping elsewhere for their energy – and with an abundant supply of sunshine, is looking to export its excess renewable energy to the continent.

The country set an aim in 2009 to have 42% of installed renewable power capacity by 2020 – and has since increased this to ensure its electricity mix is 52% renewable by 2030.

This £16 billion Xlinks project is expected to generate 10.5GW of energy, with 3.6GW of this being transported to the UK.

The cables now need to be laid down between the two nations, with planning permissions required from countries such as Spain and France, which they will sit within.

On whether these applications would be accepted by these nations, Morrish said: “Would you would you want to be a country that stands in the way of such benefit to the environment?”

The government will then need to accept the project alongside its building of domestic solar and wind farms.

Morrish concluded: “Part of our negotiation with the UK government is to be able to provide for peak hours on 99% of days.

“So, if it’s a cold, cold, February afternoon, when there’s no wind in the UK and a grid under pressure, we will always be there. So that’s supremely valuable to the UK grid.”