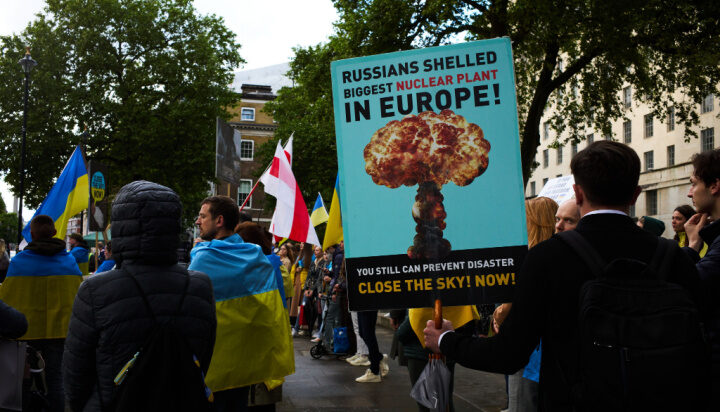 That’s the statement made by the UK’s Ambassador to the UN, Barbara Woodward, speaking to the Security Council regarding Russia’s occupation of the Zaporizhzhia nuclear power plant in Ukraine.

Ms Woodward outlined very directly the UK’s position on Russian actions and the danger this poses to the rest of the world.

Zaporizhzhia has “been violated several times”, according to a report by the International Atomic Energy Agency (IAEA), which confirms the “presence of Russian military personnel, vehicles and equipment at the plant.”

The threat to a nuclear disaster has been due to Russia’s proximity to the plant with military equipment, Woodward stresses – revealing that at times military items have been as close as 60m to nuclear reactors.

She explains that the UK feels the safety and security of operations at the plant are compromised and “the situation at Zaporizhzhia is entirely of Russia’s making.”

The UK affirmed its position of support for Ukraine and against a possible nuclear disaster.

“It is Russia that is jeopardising the safety of millions in the region who would be affected by a nuclear incident.

“And it is Russia that can resolve the situation by immediately withdrawing its forces from Zaporizhzhia and all of Ukraine – and ceasing its senseless and reckless aggression,” Woodward concluded.