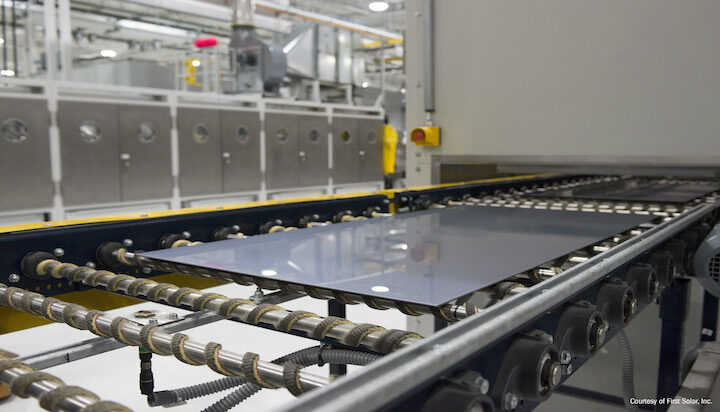 The investment is forecast to expand the company’s ability to produce solar modules made in the US to more than 10GW by 2025.

It plans to build its fourth, fully vertically integrated domestic factory, with an annual capacity of 3.5GW, in Southeast US, with an investment of up to $1 billion (£0.86bn).

First Solar will also invest in upgrading and expanding its Northwest Ohio manufacturing footprint by 0.9GW.

In addition, it will invest in expanding the capacity of its two operating facilities in Perrysburg and Lake Township, Ohio, by 0.6GW to 3.6GW as well as its third Ohio factory, expected to be commissioned in the first half of 2023 to 3.5GW.

The new investment is expected to create at least 850 new manufacturing jobs.

Mark Widmar, Chief Executive Officer, First Solar said: “This investment is an important step towards achieving self-sufficiency in solar technology, which, in turn, supports America’s energy security ambitions, its deployment of solar at scale and its ability to lead with innovation.

“We are proud of the fact that our manufacturing presence in the US is expected to directly and indirectly support over 18,000 jobs across the country by 2025, while our manufacturing investment will add an estimated $3.2 billion [£2.7bn] in value to the US economy, reflecting the impact of solar manufacturing on our country. We are investing in America’s future.”