US Senate passes ‘largest investment ever’ in combating climate crisis

The bill is believed to lower consumers’ electricity costs and prices for solar panels, wind turbines and EVs 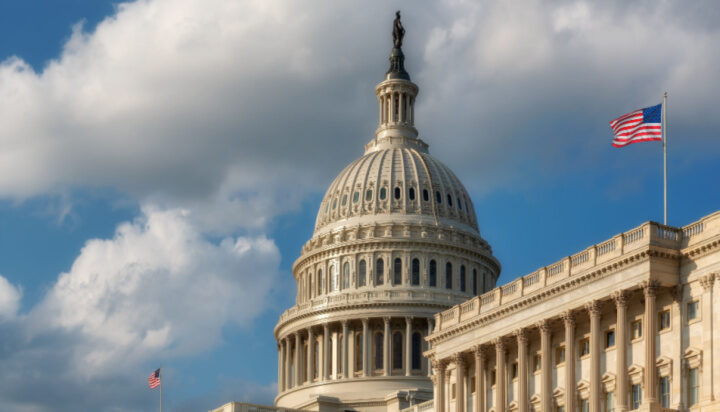 The US Senate has given the green light to what is described as the largest investment in climate action in US history.

The Senate Democratic majority has passed the Inflation Reduction Act, which includes $369 billion (£305bn) for combating the climate crisis.

A new $27 billion (£22.3bn) “clean energy technology accelerator” will support renewable energy technologies while households could receive up to $7,500 (£6,196) in tax credit to buy an electric vehicle (EV).

Communities that have suffered from fossil fuel pollution will also be granted $60 billion (£49.5bn).

The bill, which did not receive a single Republican vote, also allows the government to negotiate lower drug prices and impose a 15% corporation tax.

In a statement, US President Joe Biden said: “This bill tackles inflation by lowering the deficit and lowering costs for regular families.

“This bill also makes the largest investment ever in combatting the existential crisis of climate change. It addresses the climate crisis and strengthens our energy security, creating jobs manufacturing solar panels, wind turbines, and EVs in America with American workers.

“It lowers families’ energy costs by hundreds of dollars each year.”

“The wealthiest corporations are finally going to pay their fair share under the Inflation Reduction Act.”