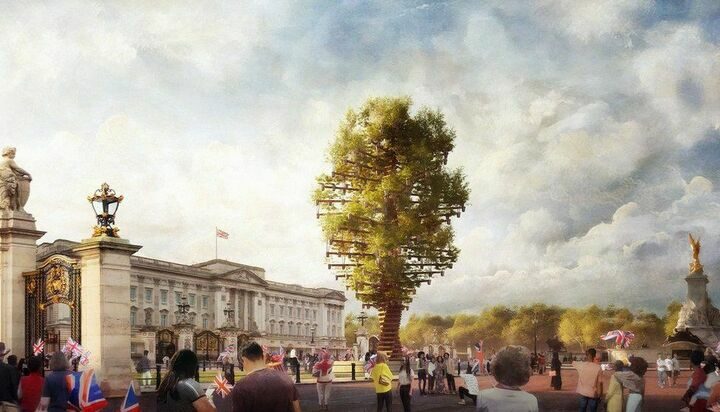 A giant, 21-metre tall sculpture made up of 350 British native trees is to be erected outside Buckingham Palace as the UK celebrates Queen Elizabeth II’s Jubilee.

The piece of art named ‘Tree of Trees’ will consist of small trees planted in aluminium pots ‘sprouting’ from timber-plank branches.

Created by British designer Thomas Heatherwick, the ‘Tree of Trees’ is created to reflect the planting of more than a million Jubilee trees as part of the Queen’s Green Canopy.

The sculpture was announced on Friday, which was Earth Day.

Ahead of The Queen’s 96th Birthday tomorrow, @windsorhorse have released a new photograph of Her Majesty.

Taken last month in the grounds of Windsor Castle, The Queen is pictured with two of her fell ponies, Bybeck Katie and Bybeck Nightingale.