The G7 summit and the fight against climate change – is it causing ripples or waves?

Organisations, charities and environmental campaigners react to the outcome of the 47th G7 summit 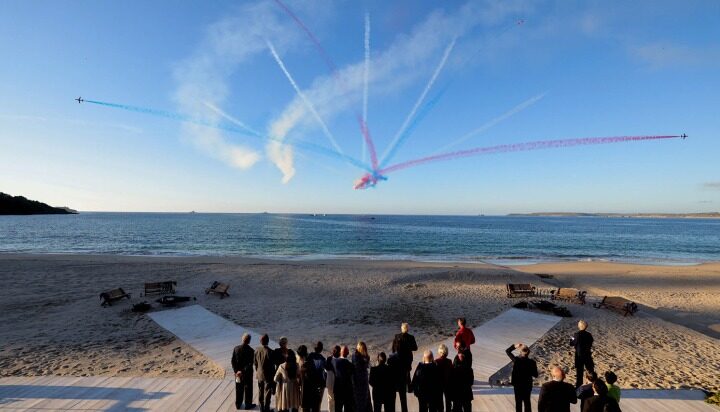 A luxurious resort in Cornwall, a beach barbeque paired with bubbles of champagne and the unveiling of ambitious climate plans from seven of the world’s richest countries.

We know what’s been discussed so far – but what does the reaction to the G7 summit look like?

Reacting to the announcements made at the G7 on the environment, Environmental Audit Committee Chairman, Rt Hon Philip Dunne MP, said: “The commitments made at the G7 are warmly welcomed, representing a positive move from the leading industrialised nations ahead of COP26.

“Agreeing to accelerate the move away from coal has given a powerful signal that the fossil fuel monopoly is reaching its day of reckoning. Our Committee has previously called on the government to end its support for new fossil fuel projects in developing countries, and I welcome today’s announcement that the G7 has committed to do this. But we must support other countries in the low carbon transition.”

Climate efforts to match the abyss

Manuel Pulgar-Vidal, WWF Global Lead Climate & Energy said the announcement by the seven countries with the world’s largest economies, is welcome for the political momentum it brings and their climate commitments.

But he said these remain ‘disappointingly short of what is needed’ and most are not new: “There is time, before the most important November meeting of the UN climate talks since Paris, for the G7 – and other countries to follow through on the important commitments made.

“We expect that by November, the G7 members will have stepped up the climate efforts to match the abyss we are staring into. We need politicians to be single-minded about this unprecedented challenge.”

Summit will live in infamy

Max Lawson, Head of Inequality Policy at Oxfam, said: “This G7 summit will live on in infamy. Faced with the biggest health emergency in a century and a climate catastrophe that is destroying our planet, they have completely failed to meet the challenges of our times. Never in the history of the G7 has there been a bigger gap between their actions and the needs of the world.

“It is unacceptable that most of the G7 missed the opportunity to make new pledges of climate finance. Developing countries were looking for progress on this front ahead of landmark climate talks in Glasgow. Vague promises of new financing for green development projects should not distract from this goal.

The success of COP26 on a knife-edge

Nick Mabey, Chief Executive of E3G a not-for-profit think tank said: “G7 Leaders made some credible progress on climate action but failed to back this up with enough financial firepower to tackle the global Covid, economic and climate crises.

“This G7 leaves the success of COP26 on a knife-edge. Johnson and Draghi, as hosts of COP26 and the G20, need to bring G7 Leaders back together in the Autumn to put the financial muscle behind today’s warm words.”

Greta has her say

“This calls for steak-and-lobster-BBQ-celebration while jet planes perform aerobatics in the sky above the G7 resort! The G7 leaders really seem to be having a good time presenting their empty climate commitments and repeating old unfulfilled promises.”