Royal Botanic Gardens, Kew and RPS Consulting UK & Republic of Ireland are the latest organisations to sign the Pledge, which requires them to set science-based targets 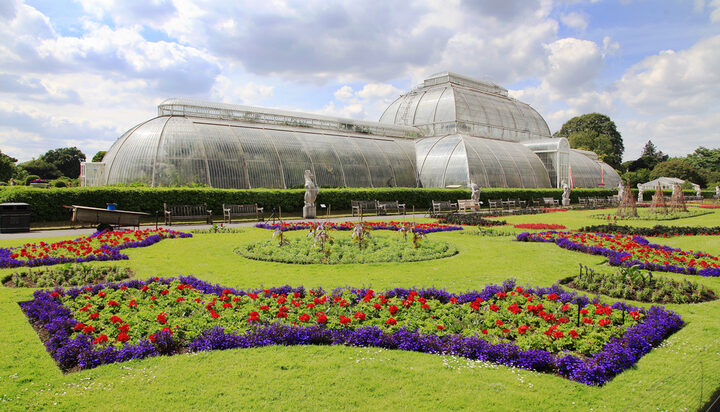 The initiative aimed at tackling greenhouse gas emissions within the UK’s environmental services sector now has more than 100 signatories.

Launched in late 2019, Pledge to Net Zero requires signatories to commit to deliver greenhouse gas targets in line with either a 1.5°C climate change scenario, which is encouraged, or well below 2°C.

They are also required to publicly report greenhouse gas emissions and progress against their target each year, in addition to publishing one piece of research or thought-leadership piece a year on practical steps to delivering an economy in line with climate science and in support of net zero carbon.

The milestone has been reached following the recent addition of the Royal Botanic Gardens (RBG), Kew and RPS Consulting UK & Republic of Ireland as well as Wood plc and JDCecaux committing to setting science-based targets.

Rachel Purdon, Head of Sustainability at Royal Botanical Gardens, Kew said: “Humanity stands at a crossroads – and at this crucial time in RBG Kew’s history we are committing to taking urgent action to combat the climate and biodiversity emergency, to protect and restore our natural world.

“Next week we will launch our Sustainability Strategy to 2030, setting out ways in which we will use Kew’s action, expertise and voice to urgently transition to net zero and beyond.”

In February, the Pledge – led by a steering committee including Society for the Environment (SocEnv), Institute of Environmental Management and Assessment (IEMA), Association for Consultancy and Engineering (ACE) and Environmental Industries Commission (EIC) with environmental consultancies WSP and AECOM – formally joined the UN Framework Convention on Climate Change’s (UNFCCC) Race to Zero campaign.

SocEnv Chief Executive Dr Emma Wilcox added: “As we near the hugely important COP26 summit, it’s fantastic to see more and more organisations showcasing how they are playing their part in reducing greenhouse gas emissions.

“If we are to achieve net zero by 2050, we need organisations to show leadership by turning ambition into tangible, science-based action driven by the expertise of their environmental professionals. That’s why we are calling for yet more organisations to make the Pledge to Net Zero.”