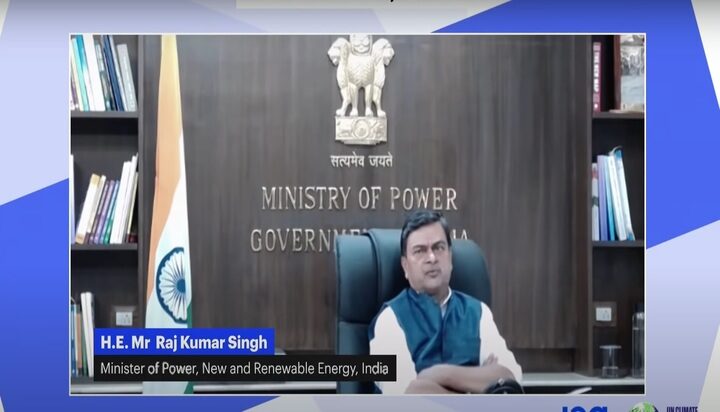 He said: “We are facing a disaster of gigantic proportions. What we hear is that by 2050 or by 2060 countries will become carbon-neutral, but 2060 is far away by that time.

“If the people continue to emit at the rate at which they are emitting the world won’t survive.

“I don’t know how many of the countries have actually achieved the pledges they have made. 2060 sounds good but I would call it, sorry to say this, the pie in the sky.”

He added that India is the only major economy in the world whose actions in the energy transition are consistent with keeping the temperature rise below 2°C: “We are probably the only country who has reached its emissions reduction target for 2020.

He also confirmed India’s commitment to having 40% of its established energy capacity coming from non-fossil fuel sources: “We are already at about 38.5% and in fact, by 2030 this will go up to almost more than 60%.

“So the rate of growth of non-fossil fuel capacity is one of the largest fastest in the world. That rapid pace of addition of renewable energy capacity will continue and we plan to put about 450GW of just solar and wind by 2030.”

China’s Minister Zhang Jianhua told the IEA virtual summit that China is pushing forward the investment in non-fossil fuel energy: “We have the largest of renewable energy. By the end of last year, China’s renewable generation in stock capacity arranged 934 million kW accounting for 42.5% of the total and then the generation of renewables raised 2.2 trillion kWh, 29% of the total consumption.”

The Minister also added that it is necessary for the world to build a fairer energy system based on global cooperation.

He also claimed that China is on its way to reaching its carbon-neutrality goal by 2060.