Cable: Green Bank to be ‘an enduring institution’

Vince Cable today set out his ideas for the Green Investment Bank to be “a new and enduring institution”. Yesterday, Deputy Prime Minister Nick Clegg confirmed the plans for the […] 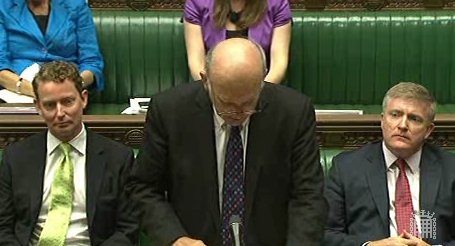 Vince Cable today set out his ideas for the Green Investment Bank to be “a new and enduring institution”.

Yesterday, Deputy Prime Minister Nick Clegg confirmed the plans for the GIB, including the £3billion it will be able to invest in low carbon projects like offshore wind, energy efficiency and waste from April 2012.

The Business Secretary added to this today when he spoke in the House of Commons: “The Green Investment Bank’s mission will be to accelerate private sector investment with an initial remit to focus on relatively high risk projects that would otherwise be likely to proceed slowly or not at all.

“It will operate independently and at arm’s length from Government, which will agree its strategic long term priorities.”

The European Commission will have to approve the plans before they can be enacted but once this took place, Government legislation would give the Bank a permanent role, pronounced Mr Cable, adding that an advisory board would direct the setting up of GIB. The board will be chaired by Sir Adrian Montague, current non-executive Chairman of 3i, who has experience in the City and in the public sector.

London, Edinburgh and Bristol were among the city centres being considered for the headquarters, added the Business Secretary.

The Bank’s activity will be rolled out in three phases: firstly, an incubation period from April 2012, when it will begin lending money. Then, when the European Commission gives state aid approval, the GIB will become a stand-alone institution. Finally, from April 2015 the Bank with be able to borrow money itself, allowing it to increase its lending power to businesses.