EDF get all clear on their reactor

The Health and Safety Executive’s Nuclear Directorate has given EDF and AREVA the green light over its reactor design control systems. The inspectorate had previously said it was unhappy with […] 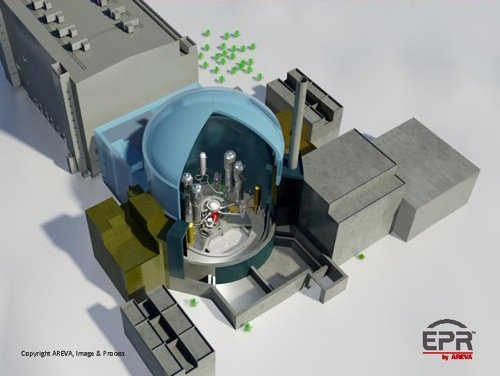 The Health and Safety Executive’s Nuclear Directorate has given EDF and AREVA the green light over its reactor design control systems. The inspectorate had previously said it was unhappy with the reactor’s control systems and issued a Regulatory Issue notice, or RI against it.

An RI means the HSE are seriously concerned about an aspect of the design and could potentially prevent a licence to build being issued. EDF and AREVA had been told their EPR reactor had to be made safer when it came to how the reactor was controlled in the event of an emergency and the back up plans needed to ensure staff knew what to do. EDF and AREVA have spent the past six months re-examining the systems and on Friday the HSE said they were satisfied with the changes they have made.

An HSE statement said: “We have closed the RI placed on the proposed Control & Instrumentation system for the European Pressurized Water Reactor. This reflects the fact that, while there are some outstanding actions to complete, we are satisfied that they have addressed the majority of the key actions associated with the RI.

“While EDF and AREVA have put in a considerable amount of high quality work to get to this position, they still need to commit a high level of their attention and resource to successfully meet the UK EPR Programme.”

EDF Energy CEO Vincent de Rivaz said: “This decision by the UK safety authority is very good news for the EPR. The control and instrumentation issue was, and is, one of the most sensitive in terms of nuclear safety and was vital to resolve. Closure of the only Regulatory Issue, on such a significant topic, is a defining moment for the EPR.”

The safety process for new nuclear is called the Generic Design Assessment or GDA and is due to be completed next June.