Kevin Allars, Programme Director for New Nuclear Build says the safety process for the building new nuclear power stations in the UK is working well and should provide the public […] 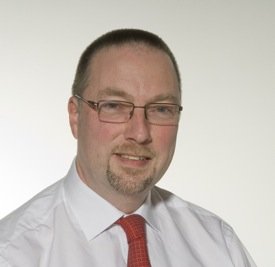 Kevin Allars, Programme Director for New Nuclear Build says the safety process for the building new nuclear power stations in the UK is working well and should provide the public reassurance.

“This process is delivering what it was intended to do and what it was supposed to do. It’s our opportunity to say we’ve had our concerns, industry can address those concerns and we can solve these before anyone has even started building a power station”, he told ELN.

Mr Allars made his comments after the HSE said they were satisfied that EDF and AREVA had made the necessary changes to the control systems of their planned reactors. Back in April last year the HSE had posted a regulatory issue or RI against the reactor. The RI is a serious issue that needs solving and can become something that stops the whole safety aproval process.

“We had told EDF and AREVA to improve the architecture of the control system of their reactor so it could cope with any critical failure. It’s not about timescales its about getting it right. It’s taken them the length of time it has and we are satisfied with what they have done. We’ve been robust and they have worked to an improved design.”

Mr Allars also said despite the change in government and the recent announcements confirming the construction of eight new nuclear sites, his decisions were independent and free of ministerial pressures.

“At no time has Charles Hendry or anyone else in DECC decided to take me down a particular route. I’m independent and make my own decisions.”

The safety process known as the GDA is completed in June 2011.