Friends of the Earth believes the Conservative and Liberal Democrat parties have both “missed great opportunities” on climate change since they formed their coalition government. In a review of the […] 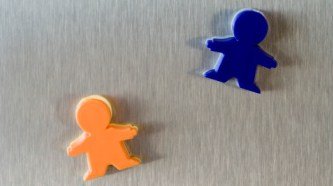 Friends of the Earth believes the Conservative and Liberal Democrat parties have both “missed great opportunities” on climate change since they formed their coalition government.

In a review of the government’s performance so far, FoE’s head of climate Mike Childs said that the Lib Dems should have stuck to their pre-election target of a 42% cut in CO2 emissions, rather than the current 34%.

“The Liberal Democrats should have secured this change in the Coalition Agreement,” said Childs. “Instead, Chris Huhne will have a fight on his hands towards the end of this year when the Committee on Climate Change is expected to recommend that the UK move to the 42% target.”

Childs also said the government has failed to tackle climate change, which he branded as another missed opportunity.

“All the political parties said during the election that they would introduce local carbon budgets to encourage and support councils to cut emissions in their local area,” he said, but added that so far Mr Huhne has not promised delivery in forthcoming legislation despite pressure from leading local authorities.

Childs said the next hundred days will be the real test of the coalition’s climate change credentials.

“Will the much heralded Green Deal on energy efficiency be inspirational and transformative, or will it be the damp squib that civil servants are currently drawing up? Will the Treasury starve the Green Investment Bank of funds and scrap the promised Renewable Heat Incentive which will cut investment and make the delivery of legally-binding renewable targets impossible? Much remains to be seen.”

Childs also said that “the early signs are that the government simply doesn’t ‘get’ sustainable development, putting forward as evidence cuts to Natural England and the Sustainable Development Commission.

“All these point to a government that doesn’t understand, or doesn’t care. It’s all very well to boast that you’ll be the greenest government ever, as David Cameron did, but you need to make sure that all your Cabinet understand what this implies and deliver on it. Otherwise the statement becomes yet another jaded sound-bite in the ears of the disgruntled and tired electorate.”