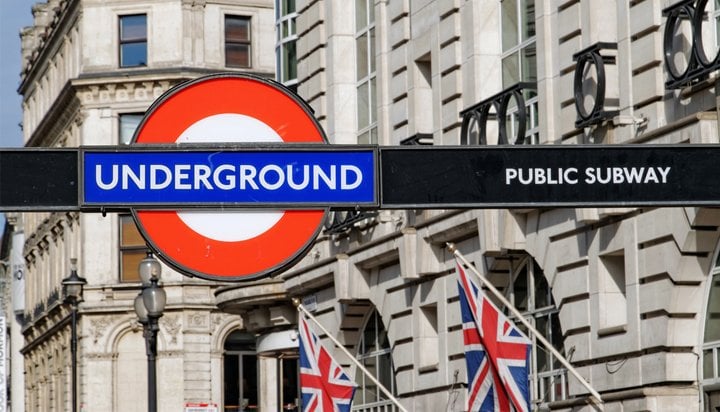 As more and more Britons are encouraged to use public transport and ditch their cars in a bid to help the planet, a researcher has said London Underground might not be the cleanest and the healthiest option for your journey.

Tanya Beri, who won one of Innovate UK’s Young Innovators awards this week for developing an app, named CAIR, that maps the tube routes with the cleanest air, told FNZ: “The London Underground is exposing commuters to seven times above the World Health Organization’s recommended safe limit for particulate matter, which is PM 2.5, air pollution essentially.

“The most polluted routes are the deeper London Underground lines, which consist of the Northern, Bakerloo, Victoria and Jubilee lines.

“If you are travelling along the deeper London Underground lines particulate matter levels are above 200 microgram per cubic metre of air and the UK safe recommended limit is 25, so that’s a significant increase.

“Whereas if you are a passenger that is travelling along the Metropolitan line, you could only be experiencing exposure up to about 50 microgram per cubic metre of air. So, it is a real significant difference in obviously the route that you select but also the stations you are going via.”

The primary pollutants are PM 2.5 and 10, which are many times smaller than a strand of hair while iron oxides form the majority of the pollutants and are typically produced from the interaction between train wheels and tracks.

According to research, pollution on underground transportation can be 20 times higher than roadside air – reports claim that if a commuter spends just 20 minutes underground, the effect on their health is the same as smoking a cigarette.

Tanya Beri, a born and raised Londoner continued: “I am a frequent user of the London Underground and I was quite alarmed to hear how polluted it was and how this was not an issue that necessarily Londoners were aware of.

“I have come up with an app which essentially renavigates users of existing routes to lower polluted options, giving the ability to continue travelling in an environmentally conscious way but also obviously in a way that which is better for their health.”

“The app is a short-term solution, which is focused on the people, not the problem itself. And Transport for London (TfL) currently have one of the hardest jobs in the world right now, tackling a very serious issue.”

In case you missed it, read the FNZ interview with a scientist who has developed wearable technology to combat pollution on London Underground.