Boosting hemp production in Scotland could bring “huge” environmental benefits to the agricultural sector, according to a new report 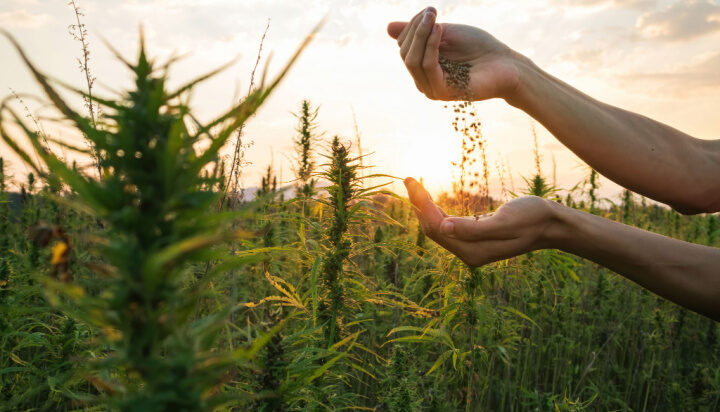 Hemp has the potential to make Scotland’s agricultural sector carbon neutral as well as providing “huge” economic benefits, a new report has found.

Scientists say that hemp has many uses, including offsetting carbon dioxide, as a food, and as an eco-friendly fertiliser and pesticide.

It is currently being used in building materials, as a biofuel, textile fabric and even as an alternative to plastic.

The report from the University of Aberdeen’s Rowett Institute and Scotland’s Rural College (SRUC) and the Scottish Agricultural Organisation Society analysed the supply chain for hempseed and fibre in Scotland using data collected from farmers in the northeast of Scotland.

They suggest that hemp could also be used as a carbon credits crop.

Joint report author Dr Wisdom Dogbe of the Rowett Institute said: “We know that world production of industrial hemp has been on the decline since the 1960s due to an unfavourable political climate regarding the cultivation and use of the crop as well as legislation.

“However, the help plant has the potential to be a cost-effective, carbon-neutral and environmentally friendly crop for farmers.”

Yesterday, Downing Street said the Prime Minister had no plans to classify cannabis as a Class A drug after it was reported that Home Secretary Suella Braverman was open to the idea.