Sturgeon says the next generation must be heard

After visiting a Primary School in Scotland, she has said “it’s only right” we consider the views of those that climate change is set to impact the most 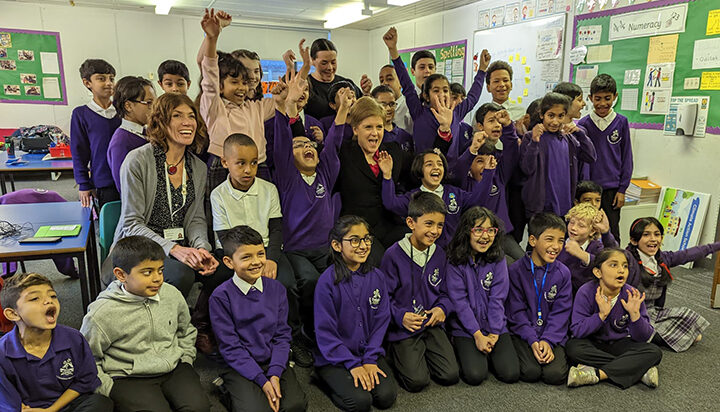 “It is only right that we listen to the voices of the next generation and that we hear them when they challenge us to do more to tackle the climate emergency.”

That’s the statement made by First Minister of Scotland Nicola Sturgeon after visiting a primary school in Glasgow, as part of the country’s Climate Week.

The aim of the Climate Week was to encourage consistent conversations on climate change, with a large focus on involving the younger generation in these chats.

“Future generations deserve a more equal, just and fair future that leaves no one behind,” she said.

“Not only have children and young people played a significant role in keeping climate change at the top of the global agenda – but they will also face the greatest impacts of climate change over their lifetimes.”

Live lessons have featured across Scotland for the week, engaging more than 15,000 pupils with the subject of climate change and key details around the subject.