‘None of the G20 are cutting carbon quick enough’ 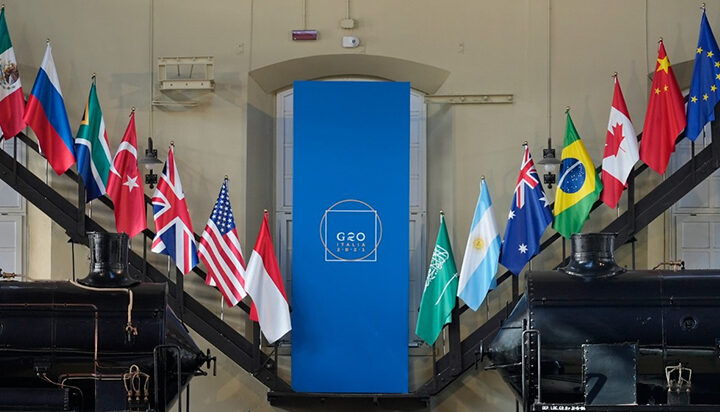 No member of the G20 is decarbonising at the correct rate to achieve the aims of the Paris Agreement.

That’s according to a study by PwC, which claims that the required dip in carbon emissions needed to limit global warming to 1.5°C is falling short of the mark – with nine of the G20 actually seeing an increase in emissions during the last year.

The report found that the UK specifically was the eighth-best performing country in the G20, with a decarbonisation rate of 1.5%. However, this did represent a reasonable drop on the previous year’s rate of 6.5%, as the country focussed heavily on recovering from the pandemic.

In 2021, it was revealed that a global decarbonisation rate of almost 13% would be needed – however, the G20, which represents 80% of worldwide energy-related emissions, saw a collective rate of just 0.2%, according to the study.

This represents the lowest return in decarbonisation for the last two decades.

Following the let down of last year, the study alleges that a 15.2% year-on-year rate of decarbonisation will now be needed worldwide if the Paris Agreement is to remain achievable.

PwC claims that not only is this rate already difficult to achieve, being 11 times faster than what the world has achieved in the last 20 years – but with the current geopolitical situation, it seems unlikely to start soon.

China achieved a 2.8% reduction, while the US, India, Japan, Germany and France all saw increases in emissions.

Dan Dowling, Partner, Net zero, cities & sustainability at PwC, said: “The world is falling alarmingly short of the rate of decarbonisation required if we are to stand any chance of meeting the IPCC’s 2030 deadline to reduce emissions by 43%.

“We do not have enough time for poor decarbonisation performance to become the norm, regardless of unexpected events and whatever their magnitude.

“Nations must make radical changes to both their energy mix and their energy usage. This will lead to resilient and affordable energy, a clean and productive economic landscape and a healthy society. However, if we fail, the costs of adapting to climate change will continue to increase.”