‘Forests losing ability to take CO2 from the air’ 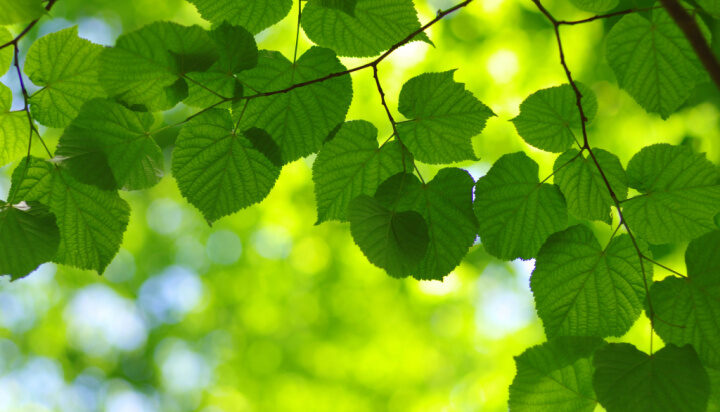 Forestry being able to sap carbon dioxide from the atmosphere will become less common, as temperatures increase.

That’s according to a study by Oregon State University, claiming that the photosynthesis process, converting sunlight and carbon dioxide into oxygen and sugar, happens best between 15°C and 30°C.

However, with temperatures increasing heavily, the researchers have said that canopy leaves are now struggling to regulate their temperatures.

Global warming could see the leaves lose their ability to carry out photosynthesis and therefore take the excess greenhouse gas from the air.

The scientists explain that leaves are already equipped with the ability to keep cool amidst high temperatures – but only to a limit.

Using thermal imaging, they found that recently in Colorado, leaf temperatures were actually higher throughout the day than their surroundings, only cooling in the afternoon.

Since this is after the power of full sunshine, the ability to photosynthesise drops dramatically.

Professor Andrew Richardson explains: “If leaves are generally warmer than the surrounding air, as our findings suggest, trees may be approaching critical thresholds of temperature stress faster than we expect.”

Lead author, Dr Chris Still, added: “Our results have big implications for understating how plants acclimate to warming and they suggest a limited ability for canopy leaves to regulate their temperature.

“Our data and analyses suggest a warming climate will result in even higher canopy leaf temperatures, likely leading to reduction of carbon assimilation capacity and eventually heat damage.”

If the plants can no longer take in carbon dioxide, it will only quicken the warming of the planet, the research explains – as more greenhouse gases become present in the atmosphere.