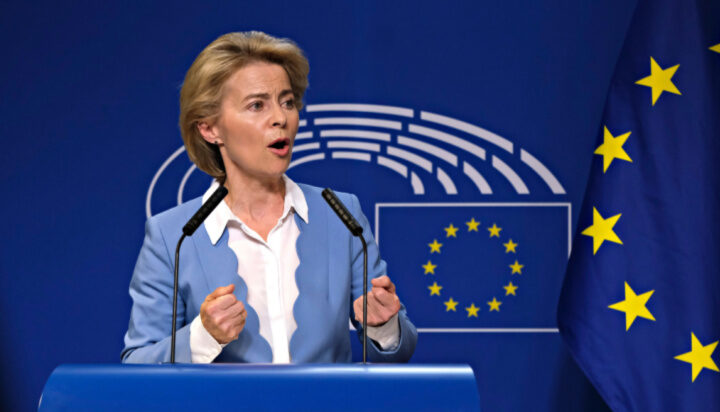 The European Commission has announced its aim to intervene directly into energy markets, to tackle the ongoing issue of sky-high prices.

This announcement has already seen the wholesale price of gas dip significantly for the first time in months, as a “structural reform of the electricity market” is on the cards.

This, however, is still extremely high; representing a 12-times increase on prices at the start of 2021, prior to the energy crisis.

To provide respite, the UK’s Business Secretary, Kwasi Kwarteng announced the reopening of the country’s largest gas storage facility in the North Sea.

The decision had a notable impact on the market, as Europe looks to have 80% of its gas storage facilities full by November.

Germany is reportedly close to hitting its own storage targets – and as Europe’s largest gas consumer, this would see prices plummet, given the country would no longer need to pay the huge prices being quoted to buy gas and replace stock.

The European Commission is considering an intervention and a continental price cap to ease the financial hit on homes this winter.

Ursula Von Der Leyen, President of the Commission, revealed on Monday that an attempt was being made to separate power prices from purely gas – so that the cheaper cost of renewables is reflected in the electricity market.

This decision is applying pressure on the next Prime Minister to do the same, as the price cap is set to hit £3,549 in October.

Separating the price of gas from electricity is being considered by Ofgem, as a means to protect the market.