Is Britain’s carbon-neutrality a chicken and egg situation? 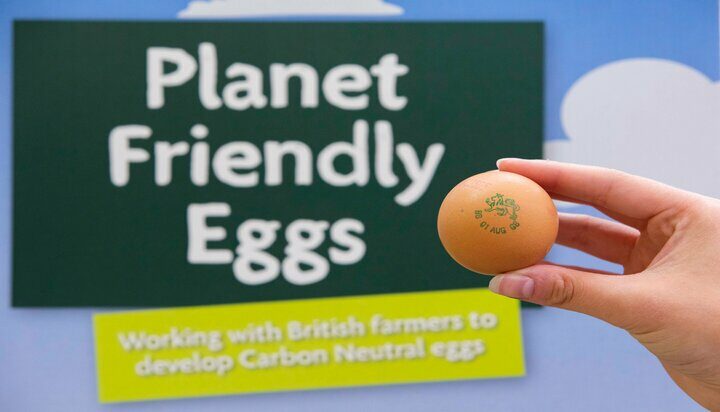 Chicks on British farms have butterflies!

Morrisons has today launched a new line of what it describes as “carbon-neutral” eggs from hens fed on insects bred on food waste.

British grocery giant said the eggs come from farms where hens are on a soya-free diet of insects which are in turn fed on food waste from Morrisons bakery, fruit and vegetable sites.

The scheme, which is led by the AI-powered insect min-farms developer Better Origin technology, aims to reduce deforestation caused by irresponsible soya production.

The egg farm, where the first stock of this type of eggs will come, has also been fitted with a wind turbine and 50kWh solar panels.

It has also enrolled in a carbon sequestration programme to offset remaining emissions on the farm, Morrisons said.

The retailer added the University of Cambridge has endorsed the “carbon-neutral” status of the new eggs after analysing the emissions related to the eggs’ production and those which are offset.

Sophie Throup, Head of Agriculture at Morrisons, said: “This is our first carbon neutral product and there will be many more to come.

“It’s all part of our drive to be directly supplied only by ‘zero emission’ British farms by 2030. We know our customers consider the environmental impact of the food they eat and want affordable zero emission produce.”