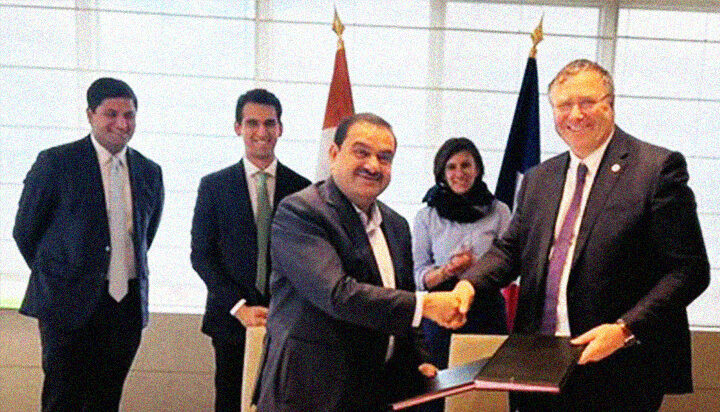 Indian energy company Adani has partnered with TotalEnergies to build what the companies claim will be the world’s largest green hydrogen ecosystem.

Adani has set an aim to invest more than $50 billion (£41bn) in green hydrogen, including this project, during the next decade. Before 2030, the company is looking to produce one million tonnes each year.

The deal represents the largest commitment in India to green hydrogen by a company – and will see TotalEnergies acquire a 25% interest in Adani New Industries.

Gautam Adani, Chairman, said: “In our journey to become the largest green hydrogen player in the world, the partnership with TotalEnergies adds several dimensions that include R&D, market reach and an understanding of the end consumer.

“This future production capacity of one million ton per annum of green hydrogen will be a major step in increasing TotalEnergies’ share of new decarbonised molecules including biofuels, biogas, hydrogen, and e-fuels to 25% of its energy production and sales by 2050,” added Patrick Pouyanné, TotalEnergies CEO.