It will support the construction of the facility, which will combine 220MW of alkaline electrolysis with two massive 4.5 million-barrel salt caverns to store clean hydrogen 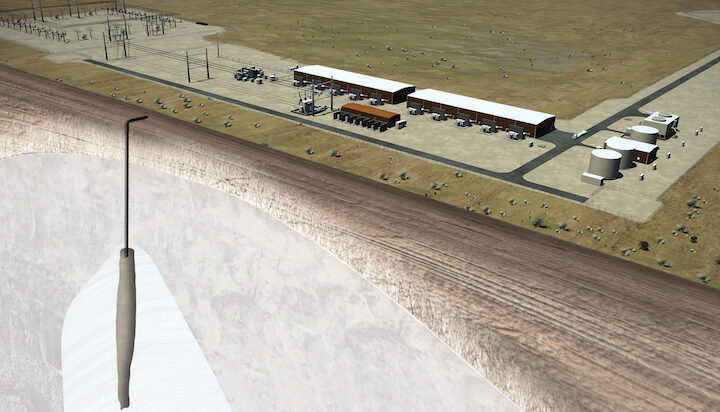 The US Government is providing a $504.4 million (£409.5) loan guarantee for what is claimed to be the “world’s largest” clean hydrogen and energy storage project in Utah.

It will support the construction of the clean hydrogen storage facility, which will combine 220MW of alkaline electrolysis with two massive 4.5 million-barrel salt caverns to store clean hydrogen.

Advanced Clean Energy Storage (ACES) will capture excess renewable energy when it is most abundant, store it as hydrogen and deploy it as fuel for the Intermountain Power Agency’s (IPA) IPP Renewed Project – a hydrogen-capable gas turbine combined cycle power plant that intends to be fuelled by 100% clean hydrogen by 2045.

The IPA’s project is scheduled for start-up in 2025 when existing coal-fuelled generating units at the site shut down and will be operating on a 30% hydrogen blended fuel and eventually transitioning to 100% hydrogen by 2045.

The project is estimated to help prevent 126,517 metric tons of carbon emissions annually, based on the difference in the emission profiles of the IPP turbines between 100% natural gas fuel to a 70% natural gas and 30% hydrogen fuel blend.

The owner of the caverns – Magnum Development – and Mitsubishi Power Americas are partnering on the ACES project, which is expected to create up to 400 construction and 25 operational jobs.

It marks the first loan guarantee for a clean energy technology project from the Department of Energy’s (DOE) Loan Programs Office (LPO) since 2014.

Energy Secretary Jennifer M. Granholm said: “Since President Biden’s first day in office, DOE has made it a priority to leverage the potential of the Loan Programs Office to fund emerging technologies that will deploy clean and reliable energy to Americans.

“Accelerating the commercial deployment of clean hydrogen as a zero-emission, long term energy storage solution is the first step in harnessing its potential to decarbonise our economy, create good paying clean energy jobs and enable more renewables to be added to the grid.”

According to the DOE’s Hydrogen and Fuel Cell Technology Office, hydrogen from renewable energy costs around $5 (£4.1) per kilogram.