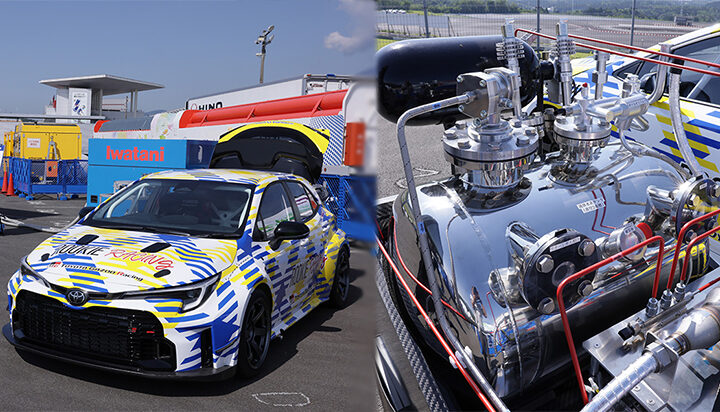 Toyota is looking to switch its racing car to run on liquid hydrogen after competing for the second time in the Fuji 24 Hours.

Its Corolla hydrogen racing car had an average speed of 90.7km/h this year, completing 478 laps. This is a sharp improvement from its last involvement, in which the average speed was just under 68km/h and it completed just 358 laps.

The progression is being used by Toyota to justify a fruitful future for hydrogen and e-fuel racing in general, with one of the barriers so far being worries over its competitive edge compared with petrol cars.

In addition to an improvement of laps completed and an average speed, the car also recorded its best race lap – finishing five seconds quicker than in the last Fuji 24h.

Compressed hydrogen was used for these Super Taikyu races – but the switch to liquid hydrogen is expected to double the car’s range and reduce its refuelling station to a quarter of the current size.

The move would improve the racing experience and be better for the environment; requiring less equipment.

Hydrogen would need to be stored at -253°C for this to take place, however, which will have its pitfalls.