‘Net zero fails if plumbers are not on side’ 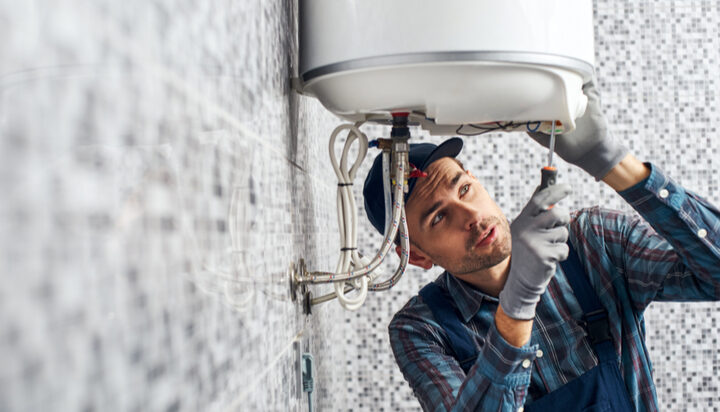 A new report claims that plumbers have been overlooked in the government’s quest to replace gas boilers with heat pumps across British homes, as part of the net zero transition.

It stresses that plumbers have not been given enough incentive to get the necessary training to install the heat pumps and without the workforce needed to make the change happen, there will be no change.

Written by the Social Market Foundation (SMF), the study has found that many plumbers don’t see the point in spending the time and money needed to retrain for installing heat pumps – which does not marry well with the government’s aim of installing more than 600,000 a year by 2028.

The Heat Pump Association has estimated that more than 50,000 fully trained heat pump installers will be needed if one million are to be deployed each year by 2030.

The SMF claims the government is unaware of how many installers are currently trained for heat pump deployment and are thus unable to see the barrier in achieving the aims set out in the Heat and Buildings Strategy.

The research found that many older plumbers, closer to pension age, had worked out that existing gas boilers would provide enough work for them until they retire; so have even less reason to retrain.

Senior Researcher Amy Norman said: “The government isn’t creating enough incentives to plumbers and other heat workers to get the training needed to replace gas boilers with greener alternatives.  That can still be fixed, but unless it is, forgetting to call the plumber could put Boris Johnson’s whole green agenda at risk.

“Plumbers, installers and heat engineers are vital to Britain’s greener future. They’re skilled workers who are used to making sure they have the right training to meet customers’ needs.

“When you’re your own boss, you need to know the costs of training are going to be worthwhile and right now net zero plans don’t offer enough incentives to train.”

A government spokesperson said: “We recognise the need to rapidly increase the number of qualified heat pump installers in the UK, which is why we have already awarded £6.9 million in government funding for the training of tradespeople delivering green home-energy improvements – and are working closely with industry to encourage existing heating engineers to upskill by offering new training programmes.

“These include the Heat Pump Association’s drive to upskill over 7,000 installers annually and Octopus Energy’s £10 million commitment to a research and training centre for heat decarbonisation, expected to train 1,000 engineers per year.”