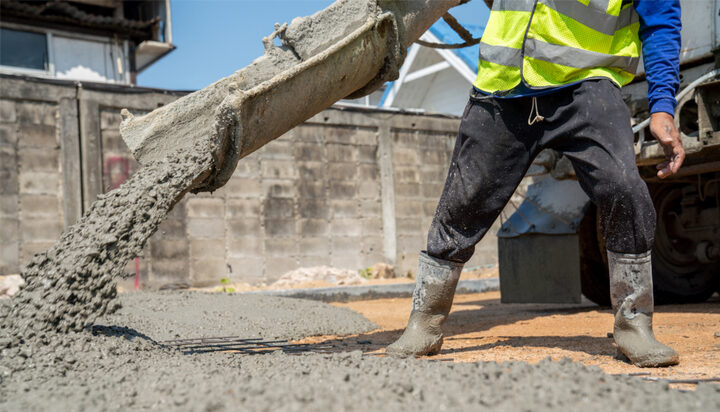 A total of 40 of the world’s leading cement and concrete manufacturers have pledged to reduce carbon emissions by 25% by 2030.

The Global Cement and Concrete Association (GCCA), which accounts for 80% of the global cement industry volume outside of China and also includes several large Chinese manufacturers, has agreed to an intermediate goal of preventing five billion tonnes of emissions within the next decade – equivalent to the emissions of almost 15 billion flights from Paris to New York.

It supports the previous pledge of the member companies to achieve net zero concrete by 2050.

Concrete is the most used human-made material on the planet, with 14 billion cubic meters produced every year and the production of cement, the key ingredient in concrete, accounts for around 7% of global CO2 emissions.

Thomas Guillot, GCCA Chief Executive said: “Concrete is the world’s most used building material and provides the foundation for renewable energy transition, resilient infrastructure and new homes around the world.

“Global co-operation on decarbonising concrete is a necessity as countries developing their infrastructure and housing will be the biggest users of concrete in the coming decades. I am proud of the commitment made by our members today to take decisive action and accelerate industry decarbonisation between now and 2030, an important milestone towards the ultimate goal of net zero concrete. I envision a world in the not too distant future where the foundation of a sustainable, zero carbon global economy will literally be built with green concrete.”

The GCCA is calling on governments, designers and contractors to play their part in supporting the global scale transition of the industry with the right policies and investments, including greater development of critical technologies such as carbon capture and storage (CCS) and reforms to public works procurement policy to encourage the use of low carbon cement and concrete products.

Mr Guillot added: “We now need governments around the world to work with us and use their huge procurement power to advocate for low carbon concrete in their infrastructure and housing needs. We require their support to change regulation that limits the use of recycled materials and impedes the transition to a low carbon and circular economy.”