Defra refutes disposable nappy tax – but how would it protect the environment?

Brits dispose of around 3bn disposable nappies per year, which makes up 3% of household waste. Could a tax have changed this? What do parents think? 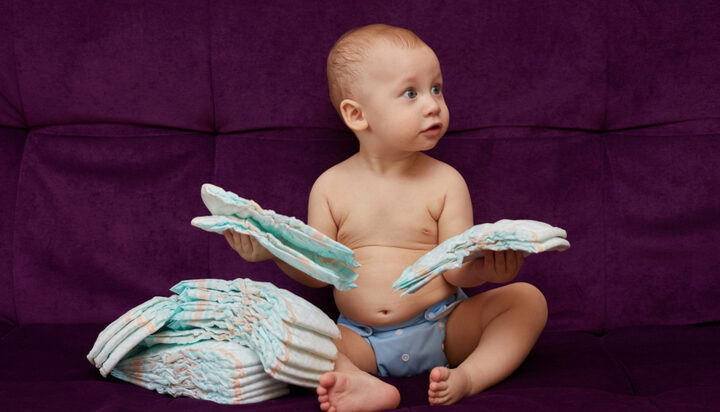 The Department for Environment, Food and Rural Affairs (Defra) has refuted reports that a disposable nappy tax may be brought in to tackle landfill waste.

Research from Wrap revealed that Brits dispose of around three billion disposable nappies per year, which equates to around 3% of all household waste. It claims that up to 6,000 disposable nappies have been used by the time a baby is potty-trained and this number would only be around 30 for reusable nappies.

The study also claims that although initially more expensive, reusable nappies can save parents around £200 to £500 during a two-and-a-half-year period – with even more savings if reused for other children.

Disposable nappies are considered one of the worst contaminators in recycling and are also a large contributor to plastic waste.

The Daily Mail reported that a Whitehall source said: “The next single-use plastic item we are looking at is nappies.

“But you couldn’t ban them – that would be too tough for parents. It would need to take some form of a tax.”

Defra has since come out to quash these claims, with a spokesperson stating: “This story is untrue and there are absolutely no plans to put a tax on nappies.

“The UK is a global leader in tackling plastic pollution. We have banned both microbeads in rinse-off personal care products and the supply of plastic straws, stirrers and cotton buds and our carrier bag charge has cut sales by 95% in the main supermarkets.”

City To Sea claims that eight million disposable nappies are thrown into landfill every day in the UK alone, with one nappy taking more than 500 years to break down – even when it does, it breaks down into microplastics that poison Earth’s soils, waterways and food chain.

Although they could be cheaper in the long run and benefit the environment, many parents have revealed that free time and space can become a barrier.

One parent on Netmums wrote: “I hate disposables and what they add to landfill. I guess the main reason I was too afraid to try cloth nappies is because of my living situation.

“I live in a two-bed flat with no laundry. So, question time – Where do you rinse the nappies – I presume you must have to do this before chucking them in the washing machine?

“The only place I would be able to do it as either the kitchen sink (yuk!) or the bath (yuk!). Then I thought, I’d have to clean out the bath each and every rinse. I did think it’d be a lot more work wash wise. Is this true?”

If the tax were to have been genuine, supposedly all the contents of reused or biodegradable nappies would have been processed in water treatment works, as adult waste is, rather than landfill sites.