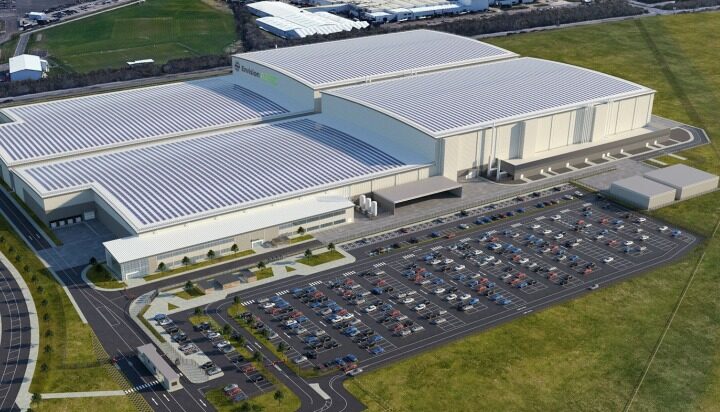 The heart of the UK’s electric vehicle (EV) revolution will soon start beating from Sunderland!

Nissan has announced it will become home to a new £1 billion gigafactory.

The project, described as transformational for the region, has been launched today with an investment by Nissan and Envision AESC, which is the battery arm of global green tech company Envision Group.

The plant will be the UK’s first gigafactory and is predicted to create with other projects that will complement it, around 1,600 new jobs.

The 9GWh plant will be powered by renewable energy and will manufacture a new battery cell with 30% more energy density.

It will also aim to develop next-generation battery technology.

Prime Minister Boris Johnson said: “Nissan’s announcement to build its new-generation all-electric vehicle in Sunderland, alongside a new gigafactory from Envision-AESC, is a major vote of confidence in the UK and our highly-skilled workers in the North East.

“Building on over 30 years of history in the area, this is a pivotal moment in our electric vehicle revolution and securing its future for decades to come.

“Commitments like these exemplify our ability to create hundreds of green jobs and boost British industry, whilst also allowing people to travel in an affordable and sustainable way so we can eliminate our contributions to climate change.”

UK Business Secretary Kwasi Kwarteng said: “This is a huge step forward in our ambition to put the UK at the front of the global electric vehicle race, and further proof, if any was needed, that the UK remains one of the most competitive locations in the world for automotive manufacturing.”

Nissan President and Chief Executive Officer Makoto Uchida said: “This project comes as part of Nissan’s pioneering efforts to achieve carbon-neutrality throughout the entire lifecycle of our products.”