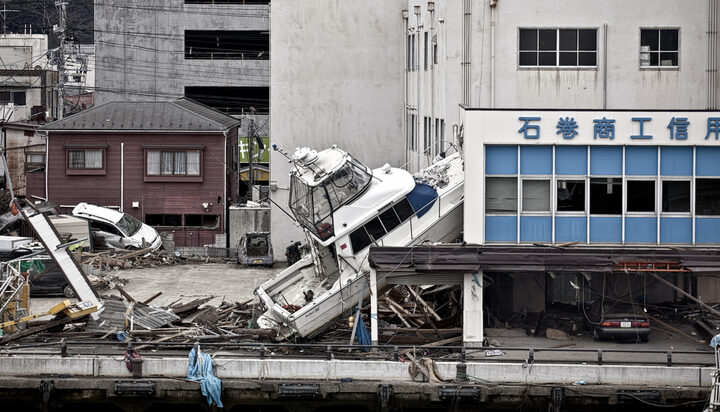 What happened on 11th March 2011? How did it change the world and the position of nuclear power for the following decade? What is the situation now? All will be explained…

The accident happened when Japan was struck by the Tōhoku earthquake and tsunami. The natural disaster was detected and led to the active nuclear reactors at the plant automatically shutting down their regular power-generating fission reactions.

Due to the shutdowns, the reactors’ electricity supplies failed, which were critical to maintaining the coolant system and keeping them from overheating. The 14-metre tsunami then flooded the lower parts of the reactors, resulting in three nuclear meltdowns, three hydrogen explosions and the release of radiation for the following four days.

The position of nuclear

This happened during an important time for nuclear energy across the globe. At the time, nuclear accounted for 34% of Japan’s energy and was set to double by 2035, according to the International Energy Association’s 2008 figures.

The disaster led to worldwide caution for nuclear power, with Switzerland suspending all its nuclear plans on 14th March 2011 and neighbours Germany following suit. German Chancellor Angela Merkel announced an initial three-month German moratorium on nuclear power in light of the disaster. The Chinese government also halted its planned nuclear expansion at the time.

There was a mixed reaction to the position of nuclear in the UK. A poll at the time, conducted for charity Friends of the Earth, found that more than 75% of respondents believed the UK government should be investing in renewables rather than nuclear and 44% were worried about the safety of nuclear plants.

There was also support for the continued investment in nuclear, with renowned scientist, Professor David King saying: “Currently the UK has a window of opportunity to deal with its nuclear material and spent fuel management and to maximise the value of its existing assets.

“The renaissance in new nuclear build creates an advantageous way of using these legacy materials as fuel for new nuclear power plants. Despite the terrible events in Japan, the economic, safety and carbon case for a new build programme in the UK has never been stronger.”

Anti-nuclear demonstrations across the world began to take place with German protestors chaining themselves to tracks to prevent a train laden with nuclear waste from travelling across the country.

The impact the disaster had on Germany was unprecedented. On 31st May 2011, Merkel reversed the country’s nuclear policy only one year after stating she wished to drive significant nuclear investment and growth. The country committed to shutting down all of its 17 nuclear reactors by 2022, which provided 23% of its power at the time.

Switzerland committed to decommission all of its plants by 2034, despite them providing 40% of its energy at the time.

The UK eventually gave the expansion of nuclear power the go-ahead, with Hinkley Point getting approved but it was forced to go further to prove its new nuclear programme was safe with a six-month review.

Japan moved its interests away from nuclear and began to use liquefied natural gas (LNG) imports to make up its energy requirements. By May 2012, Japan had closed all its nuclear power plants, making the country nuclear-free for the first time in 40 years.

Before the disaster, Japan was already the world’s largest LNG importer and after losing 30% of its energy from its nuclear plants, 84% of its energy requirements were imported.

A report by the International Energy Agency in 2012, stated that Fukushima affected Japan’s nuclear electricity production by 65%, with Germany’s dropping by 23%.

There was a 9.2% reduction in nuclear energy supply in 2011, which led to an increase in global coal production by 6.6%. In Japan, it led to more adoption of coal power in 2013, as coal prices dropped by 30%. Japan had originally set aims to reduce its greenhouse gas emissions by 25% from 1990 levels by 2020 but readjusted to this to 3.8% below 2005 levels after Fukushima forced it to turn to fossil fuels.

Japan’s return to coal was emphasised in 2018, when it was revealed Japan was the third-largest coal-importing country in the world after only India and China, importing 210 million tonnes that year alone. That was 99% of the coal it consumed, which demonstrated how detrimental Fukushima proved to Japan’s energy generation.

Before 2011, Japan had planned to reduce the share of coal production by more than half by 2030, with the intention for nuclear power plants to offset coal plant retirements.

Japan’s demand for LNG caused an enormous hike in prices, with countries such as Australia, Qatar, Malaysia and Indonesia profiting massively. This affected the UK’s supply, with LNG imports to the UK dropping by 33% after the disaster. Japan reopened two nuclear plants in 2015 but never invested in it the same way as it had been leading up to Fukushima.

Japan has been criticised for its increased use of coal following the disaster. Nuclear reactors do not produce carbon dioxide directly and therefore Prime Minister Shinzo Abe suggested reopening them would be the most economically viable way for the country to still combat climate change. Nine of its previous 54 have been reopened but after new safety regulations were imposed, the cost of modernising them has been too much. In 2020, 66% of Japan’s energy supply was from fossil fuels.

Due to Fukushima and Germany’s stance, the EU began focusing on building renewable power generation and most of Europe’s nuclear power plants began adopting the strategy. In 2016, it was predicted the nuclear decommissioning market would grow from £3.7 billion in 2016 to £6.6 billion by 2021.

In 2017, Switzerland voted to replace all nuclear with renewable energy and began to invest in solar and wind power.

What next for Fukushima?

The Fukushima prefecture has committed to supplying its entire energy needs through renewable energy by 2040, with 40% currently being harnessed using renewables. It has been working with the German state of North-Rhine Westphalia and the Danish Embassy since 2014 to build the prefecture back greener and healthier but the remainder of Japan has not followed suit.

In March 2020, Toshiba launched what it claimed was the world’s largest hydrogen plant in Fukushima called the FH2R, which produces, stores and supplies as much as 1,200 cubic metres of hydrogen per hour using renewable energy.

The impacts of the Fukushima disaster were great at the time and have certainly had long-lasting effects through the last decade. Without it, would nuclear have had more global support or would the world be closer to its climate aims?

It is impossible to know but one thing does seem certain. Nuclear energy will play its part in driving progress towards reaching net zero by 2050 in one way or another; whether that is in the form of new-build fission plants or through emerging fusion technologies is yet to be determined.