A complex of 50 hotels, which spans 28,000 square kilometres, is set to be powered by wind and solar energy 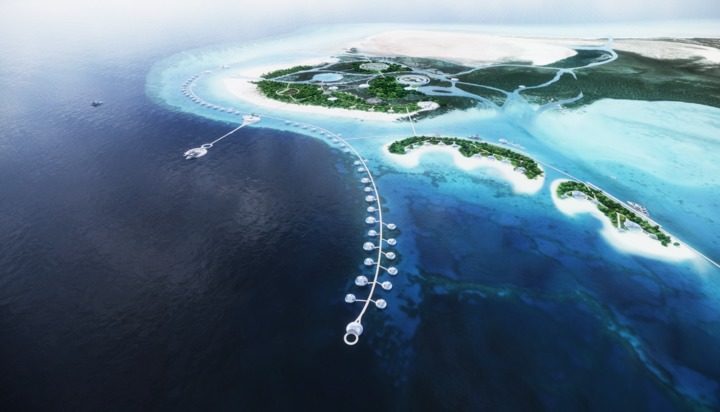 A complex of 50 hotels in Saudi Arabia will soon be powered by what is claimed to be the world’s largest battery storage facility.

The Red Sea Development Company (TRSDC), which is developing the resort project, has announced it will create the facility to enable the entire site to be powered by renewable energy 24 hours a day.

The Red Sea Project development on the West coast of Saudi Arabia, which spans 28,000 square kilometres, will be powered solely by wind and solar energy.

The battery storage facility forms part of a public-private partnership (PPP) agreement that TRSDC recently awarded to an ACWA Power consortium to design, build, operate and transfer the project’s infrastructure.

The PPP agreement is predicted to generate up to 650,000MWh of renewable energy to supply the resort and save nearly half a million tonnes of carbon dioxide every year.

John Pagano, Chief Executive Officer of TRSDC, said: “The size and scale of TRSDC’s battery storage facility put this iconic regenerative tourism destination at the forefront of the global transition towards carbon-neutrality.

“Wind and solar capacity are set to exceed coal and gas in less than five years, and we are keen to drive the pace of change.”