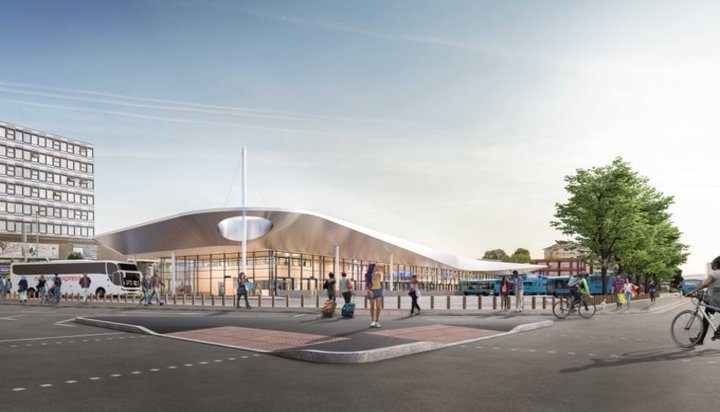 The ‘UK’s first’ carbon-neutral bus station will soon be built in Leicester.

A series of energy efficiency and renewable energy measures will help make the new station a carbon-neutral building.

The roof will be fitted with around 750 square metres of photovoltaic panels which will generate enough energy to power the new bus station and feed surplus energy back into the grid.

The building will also be built with materials chosen for their insulating qualities to help reduce heating demand and will also feature energy-efficient LED lighting, mechanical ventilation with heat recovery and air source heat pumps instead of gas boilers to reduce energy consumption.

Electric bus charging points will also be installed and the new building will feature storage for up to 150 bikes.

The proposed £13.5 million scheme has been awarded £10.5 million from the government’s Getting Building Fund.

Deputy City Mayor for Environment and Transportation Councillor Adam Clarke said: “These exciting plans to replace St Margaret’s Bus Station with a striking, new and carbon-neutral building will signal the beginning of a revival of this part of the city.

“The award of over £10 million of government cash is a huge endorsement of the importance of this scheme. It will provide a huge boost for sustainable transport, help regenerate a run-down but important gateway into Leicester and attract further private investment into the city.”