The new line features recycled polyester fibres made from a total of around 300,000 PET bottles 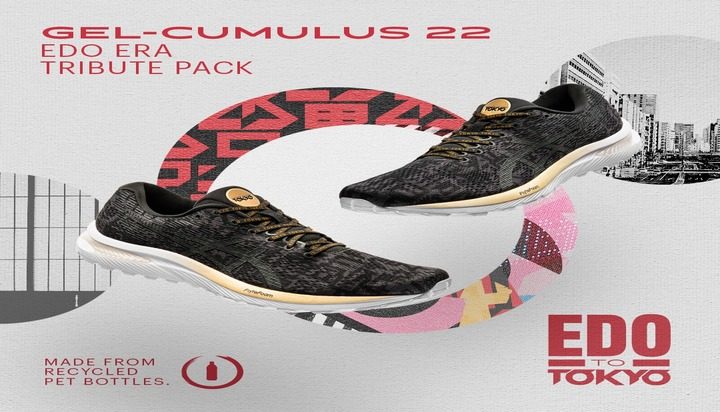 Asics has launched a new collection of running shoes made from recycled plastic bottles.

The upper part of the six running shoe models and four sports-style offerings feature recycled polyester fibres made from a total of about 300,000 PET bottles.

The company says this line represents the first stage of an Asics drive to switch to 100% recycled polyester fibres in all of its collections’ uppers by 2030 to help combat climate change.

In the collection, it will also use 100% recycled paper shoeboxes made from 10% less material than standard designs – the change in the boxes is expected to cut Asic’s annual carbon dioxide emissions by approximately 1,200 metric tonnes.

The sportswear giant has also switched from oil-based inks to water-based ones, resulting in a halving of ink usage.