The museum has outlined a new biodiversity strategy up to 2031 and set a science-based carbon reduction target to limit global warming to 1.5°C 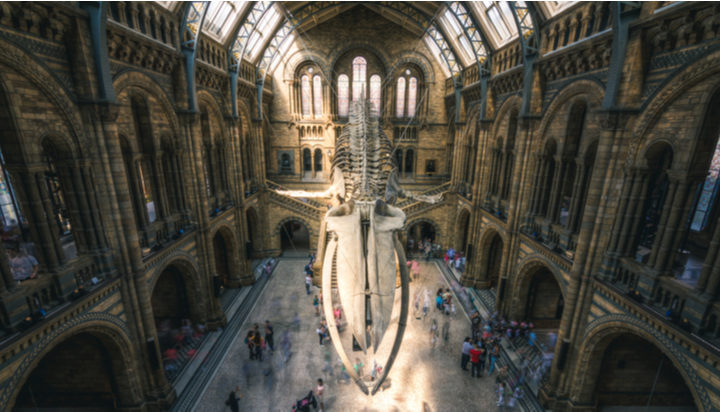 The Natural History Museum has declared a planetary emergency and called on the world’s governments, businesses and citizens to take action.

The move aims to draw attention to “humanity’s failure to combat our destructive impact on the planet’s survival systems” and points to issues such as climate change, biodiversity loss, habitat destruction, pollution and deforestation.

Additionally, the museum has outlined a new strategy up to 2031 that will see it lead a UK-wide partnership to prevent urban biodiversity loss and transform its gardens in South Kensington, unveil a new science and digitisation centre to safeguard and share its 80 million specimens and set a science-based carbon reduction target in line with the goal of keeping climate change under 1.5°C of warming.

It says “the time for action is now” and stresses that tackling these crises is not just an environmental issue but also a developmental, economic, security, social and moral one.

The museum calls for dramatic changes to be made, including a rapid shift away from fossil fuels and the development of a wide-ranging plan to protect the ecosystems most in danger.

Professor Andy Purvis, Research Leader at the Museum on the effects of the biodiversity crisis, said:: “All the warning lights are flashing: hottest years on record, coral bleaching, rising sea levels, loss of tropical forests, wild populations declining and a million species threatened with extinction.

“We would be failing in our duty to society if we didn’t pass these warnings on.”