The US Government has confirmed it will be imposing tariffs on imported solar panels. The announcement marks Donald Trump’s first major trade action of 2018 and is part of his […] 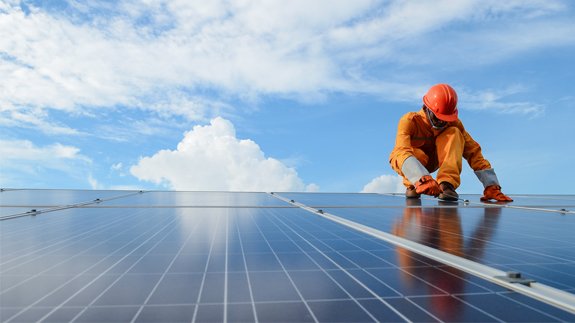 The US Government has confirmed it will be imposing tariffs on imported solar panels.

The announcement marks Donald Trump’s first major trade action of 2018 and is part of his “America First” policy.

A tariff of 30% will be applied to imported solar panels, most of which come from China. It will fall to 25% in the second year, 20% in the third year and 15% in the fourth year.

The first 2.5GW of imported solar cells will be exempt from the tax.

The decision comes after the US International Trade Commission found cheaper imports of solar panels had hurt American companies.

Statistics from the government suggest the volume of solar generation capacity installed annually in the US more than tripled between 2012 and 2016, “spurred on by artificially low-priced solar cells and modules from China”.

The East Asian nation dominates global supply chain capacity and produces 60% of the world’s solar cells and 71% of solar modules.

US Trade Representative Robert Lighthizer said: “The President’s action makes clear again that the Trump Administration will always defend American workers, farmers, ranchers and businesses in this regard.”

The Solar Energy Industries Association (SEIA) believes the decision will cost around 23,000 American jobs this year, including many in manufacturing as well as result in the delay or cancellation of “billions of dollars” in solar investments.

President and CEO Abigail Ross Hopper said: “While tariffs in this case will not create adequate cell or module manufacturing to meet US demand or keep foreign-owned Suniva and SolarWorld afloat, they will create a crisis in a part of our economy that has been thriving, which will ultimately cost tens of thousands of hard-working, blue-collar Americans their jobs.”