Natural gas production from hydraulic fractured wells now make up about two thirds of total US gas generation. Its share is greater than that of crude oil produced using that […] 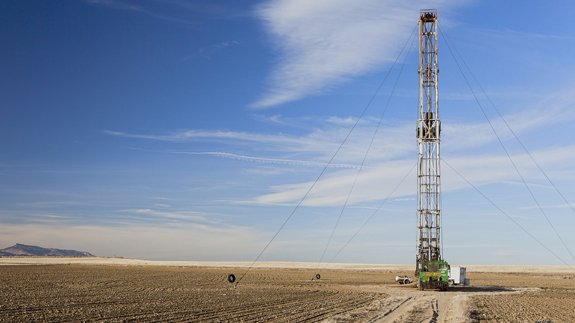 Its share is greater than that of crude oil produced using that method, according to the Energy Information Administration (EIA).

Often combined with horizontal drilling, fracking involves forcing liquid, primarily water, under high pressure from a wellbore against a rock formation until it fractures.

Around 26,000 hydraulically fractured wells produced 3.6 billion cubic feet per day (Bcf/d) of marketed gas in the US in 2000, making up less than 7% of the national total.

The figure has risen to an estimated 300,000 last year, with production growing to more than 53Bcf/d, making up around 67% of total natural gas output in the US, the EIA’s report states.

It adds: “Natural gas production from hydraulic fracturing has primarily come from shale and other tight rocks in the Marcellus and Utica formations of the Appalachian Basin, the Bakken formation in Montana and North Dakota, the Eagle Ford formation in Texas and the stacked Permian Basin formations in Texas and New Mexico.”

A coalition of community and environmental organisations have filed a lawsuit against the US Environmental Protection Agency (EPA) demanding stronger rules for fracking waste disposal.