Barmy March weather in Northern Ireland has led to power cuts for around 40,000 homes in Belfast while more than 70 schools have been closed because of the storm winds […] 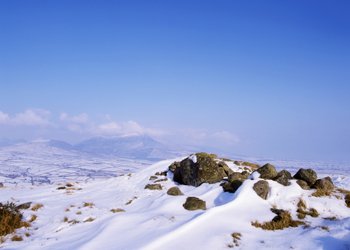 Barmy March weather in Northern Ireland has led to power cuts for around 40,000 homes in Belfast while more than 70 schools have been closed because of the storm winds and heavy snow.

The power firm Northern Ireland Electricity said storm force winds of up to 55 mph have broken electricity lines and damaged poles and other equipment.

NIE said in a statement this morning: “The damage is concentrated in south and eastern areas. Hundreds of emergency teams are working to restore supplies to customers.”

The firm added: “There may also be further faults which have not yet been reported to Northern Ireland Electricity and the adverse weather conditions, which could cause additional faults”.

The Met Office issued a warning yesterday that the Irish public should be prepared for the possibility of “severe disruption, particularly to transport and to power supplies” because of the snow.

Across the UK , the Office’s Chief Forecaster predicts “persistent and at times heavy snow” as well as “blizzard conditions” at times as winds gust 40 to 50mph.

Sports fans will be hoping the snow doesn’t scupper an international football fixture at the south Belfast stadium, the World Cup qualifier between Northern Ireland and Russia tonight.