Investing in energy efficiency is one of the best ways to boost the economy, create more jobs and tackle fuel poverty. That’s according to new research by a consumer group, […] 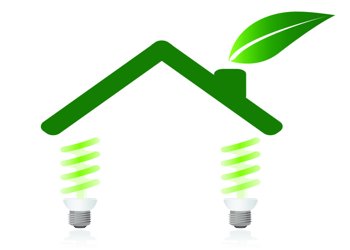 Investing in energy efficiency is one of the best ways to boost the economy, create more jobs and tackle fuel poverty.

That’s according to new research by a consumer group, which claims significant investment from the Government through carbon taxes could generate up to 71,000 jobs and boost GDP by 0.2% by 2015.

It could also get nine in ten households out of fuel poverty and cut energy bills by at last £200 every year. In addition, household energy usage could be reduced by 5.4% by 2027 and cut overall carbon emissions by 1.1%.

Mike O’Connor, Chief Executive at Consumer Focus said: “We need to make heating our homes more affordable, cut carbon emissions and achieve economic growth. Using carbon taxes to ensure our homes leak less energy represents a triple-whammy. This would simultaneously improve the quality of life of millions of people, slash carbon emissions and generate greater economic growth than other measures. Consumers will be paying these taxes through their bills. They can and should feel the benefit.”

Around 9.1 million households are predicted to be fuel poor, an increase from the current six million homes. Consumer Focus claims the Government’s efforts to tackle fuel poverty through its Energy Company Obligation (ECO) scheme is only expected to help 250,000 homes.

Mr O’Connor added: “Fuel poverty leaves millions of households having to cut back on essentials like food and heating to make ends meet. The Government’s current energy efficiency and fuel poverty plans will only touch the tip of this iceberg. However, Government has the opportunity to use the large and stable revenues from carbon taxes to deliver the most breathtaking and transformative energy efficiency scheme that we have ever seen.”

Through the ‘Energy Bill Revolution’, a fuel poverty alliance, Consumer Focus and a number of organisations are urging the Government to use a proportion of funds generated by carbon taxes for energy efficiency schemes.