The Government must “seriously consider” investing in energy efficiency schemes in the UK. The comment from the Government’s Fuel Poverty Advisory Group follows new research by Consumer Focus, which suggested […] 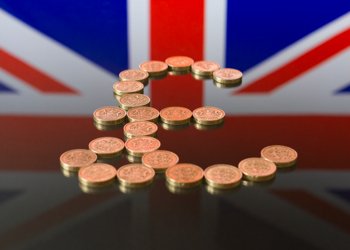 The Government must “seriously consider” investing in energy efficiency schemes in the UK.

The comment from the Government’s Fuel Poverty Advisory Group follows new research by Consumer Focus, which suggested the money from carbon taxes could be used for investment in energy efficiency as it is one of the best ways to boost the economy whilst tackling fuel poverty.

Derek Lickorish MBE, Chairman of the group said: “Government energy efficiency investment would be a win-win solution. Using carbon tax revenue to fund this, there would be no additional cost to energy customers, taxpayers or Government and it would help slash fuel poverty, cut carbon emissions and create thousands of jobs.

“It’s essential that the Government seriously considers this option as fuel poverty levels will continue to spiral without radical action. Tens of thousands more households will be pushed into fuel poverty by recently announced price rises alone, and prices are set to rise even further in future.”

DECC said it is working towards helping consumers and reducing the number of fuel poor households through its schemes.

Energy and Climate Change Minister Greg Barker said: “The Government is taking action to help households struggling with rising energy bills this winter, as well as driving forward massive changes to reform our electricity market and improve the energy efficiency of millions of homes and business across the nation.

“Two million households will get help under the Warm Home Discount Scheme this year, including more than one million low income pensioners who will get £130 off their bill. There is also help available with heating and insulation under the Warm Front scheme. And from next year the Green Deal will help millions improve their homes so they are better insulated, with extra help for those who need it most.”

Statistics from DECC suggests the Green Deal is expected to help raise the number of jobs in the insulation industry from 26,000 to up to 60,000 by 2015.